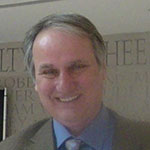 Frank Znidarsic is a registered professional electrical engineer in the state of Pennsylvania. He graduated, in 1975, with a B.S. in Electrical Engineering from the University of Pittsburgh. In 1987, he went on to obtain an A.S. in business administration from Saint Frances College. He studied physics at the Indiana University of Pennsylvania in the late 1990s. He has worked in industry for 32 years. He has personally witnessed the decline of American manufacturing as his position has been downsized or outsourced at least five times. He has been told more than once, “As one door closes another opens.”

Frank has written peer reviewed and non-peer reviewed articles on cold fusion, antigravity, and physics. These works have shown a way to produce limitless quantities of energy. They have revealed how to propel spacecraft to the stars. The emergence of these technologies, along with the continuous development of computer science, will lead to a future age of abundance. Frank Znidarsic believes that this convergence of technology, called the singularity, is near. He hopes that the introduction of this book will expedite the arrival of the singularity.