In 2008 Joe ran for the United States Congress in Utah’s First District as the Libertarian candidate. His campaign announcement at the National Press Club in Washington, DC, following the 2008 X-Conference called for, “immediate congressional protection of whistleblowers and open hearings on federal waste, fraud, criminal activity and the E.T. issue.”  His campaign received extensive local and national media national attention. Since then Dr. Buchman has worked to bring the E.T. contact with humanity issue into our national political debate, by serving as national chair of the Libertarian Party’s Platform Committee (2013/2014), and as the “Director of Candidate Research and Development for
former Governor of New Mexico, Gary Johnson’s 2012 Libertarian Presidential campaign.

In March 2014, Dr. Buchman presented an analysis of the Citizen Hearing to Dr. Seth Shostak and the SETI Institute at their biannual “Contact: Cultures of the Imagination” Conference in Mountain View California. He is also the founder of GEM – the “Grassroots Exopolitics Movement” through his “Message in an Internet Bottle” website (ThePeopleofEarthApologize.com). For the past four years he has also served as a Contributing Editor to IndependentPoliticalReport.com, a website covering the Libertarian, Green, Consitution, and other “third” party campaigns.

His life-long interest in ET, UFOs and humanty’s place in the universe began at an early age.  In 1974 after winning a regional science fair for an exhibit on holography, Joe was invited to an “all expenses paid” tour of Wright Patterson Air Force Base.

Other Links Joe will discuss:
http://www.nitecaps.net 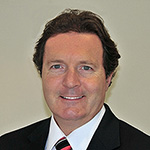 Born in 1959, Robert is a native of Los Angeles, California. He grew up in Malibu and in 2008 moved to southern New England with his wife, son and dog. In 2015 he relocated to Asia.

Robert M. Stanley is a formerly corporate journalist for HONDA Research & Development in Torrance, California. He is the author and editor of Close Encounters on Capitol Hill and Covert Encounters in Washington, D.C. He is the editor of UNICUS Magazine, the webmaster of UNICUS Magazine.com, and the host of The UNICUS Radio Hour. He was a correspondent for America’s Morning News and America’s Radio News Network. Here is a list of some of Robert’s media appearances.

Robert has traveled to more than 50 countries during his life-long pursuit of modern and ancient mysteries. Over the past 30 years, Robert’s quest for unique ideas and information has led him to research and write about many controversial topics. His ongoing investigations have been featured on television, radio and in print.