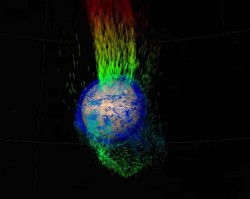 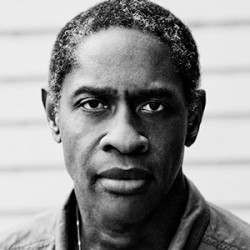 Tim Russ is the director and co-star of the new film, Star Trek: Renegades:

“The Renegades’ mission is simple: take on an army and stop their leader, Borrada, from destroying the Earth. Outnumbered and outgunned, the ragtag crew is in an adrenaline-pumping race against time and space. But they soon find their foes are the least of their concerns: the real trouble may be coming from within!

Tim Russ was born in Washington, D.C., to Air Force officer Walt and his wife Josephine. He and his younger siblings grew up on several military bases, including Niagara Falls, Elmendorf (Alaska) AFB, Omaha, Taiwan, Philippines and Turkey. During these moves around the world, he graduated from Izmir High School in Turkey, and received his diploma from Rome Free Academy in Rome, New York. Afterwards he attended Saint Edwards University and earned a B.S. in Theater Arts but continued his studies with a full scholarship to continue theater studies at Illinois State University. His first professional job came while he was at St. Edward’s University in Austin, when he appeared in a PBS Masterpiece Theater production, but he started to pursue acting full time in 1985. During that time he’s been on many TV shows and movies – including The Twilight Zone (1985), Amazing Stories (1985), 21 Jump Street (1987), SeaQuest 2032 (1993), Murphy Brown (1988), Monty (1994), Star Trek: Voyager (1995), Melrose Place (1992), The Highwayman (1987), Star Trek: The Next Generation (1987) and Star Trek: Deep Space Nine (1993), among others.

Tim Russ directed the film Star Trek: Of Gods and Men which is a three-part unofficial Star Trek fan mini-series that contains many cast members from the Star Trek TV series and movies, including Nichelle Nichols. It is described by its producers as a “40th Anniversary gift” from Star Trek actors to their fans.