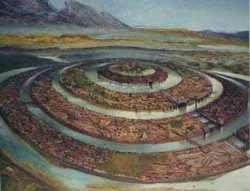 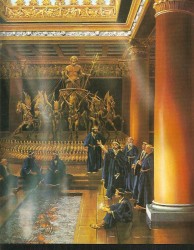 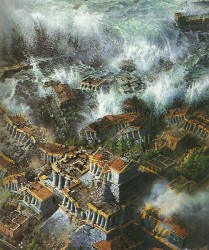 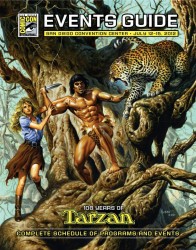 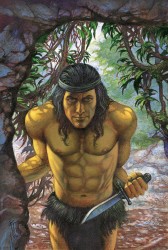 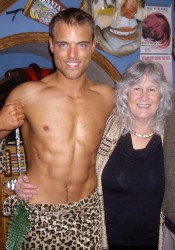 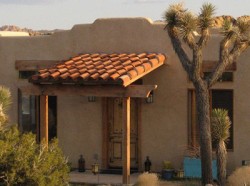 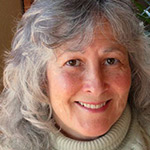 Robin Maxwell grew up in New Jersey, graduated from Tufts University School of Occupational Therapy, and practiced in that field for several years before moving to Hollywood to become a parrot tamer, casting director and finally a screenwriter. Working for the major studios and networks she wrote comedy, drama and even feature animation for Disney. Her credits include “Passions,” a CBS movie of the week, starring Joanne Woodward.

A bestselling author, screenwriter and Huffington Post blogger, Maxwell specializes in women “ahead of their time.” Her historical fiction novels take readers straight to the heart of the period, offering fresh and unique perspectives on well known figures from the past. Moving like a detective through the brittle pages of history she finds the “untold” stories, then tells them from the heart. “With Robin Maxwell…history doesn’t come more fascinating” (Entertainment Weekly).

Robin’s latest novel, JANE: The Wo man Who Loved Tarzan, is at first glance a departure from historical fiction. Yet while taking two of literature’s most beloved and iconic characters into a world of exotic adventure, it was only natural that she use her skills as a historical researcher to entwine real people and events with life-long passions for archaeology, ancient civilizations and the search for the “missing link” in human evolution. Set during the post-Darwinian scientific revolution at the turn of the twentieth century, Maxwell’s Jane Porter is a budding paleoanthropologist with a rebellious streak who will make a discovery that will rock the world — just as her own world is unexpectedly rocked by love for a gorgeous young savage reared by anthropoid apes.

Maxwell’s previous book, O, Juliet, fused the classic characters of Romeo and Juliet with the historical Florentine families on which Shakespeare based his original play. Signora da Vinci tells the story of Caterina da Vinci, Leonardo’s mother, a woman who has been remarkably absent in most historical accounts of the era, but who nonetheless gave birth to one of the greatest geniuses of all time. Robin Maxwell’s historical fiction classic, The Secret Diary of Anne Boleyn, has been published in 16 languages and is now in its twenty-fourth printing.

Maxwell, who co-wrote and produced the children’s video E-I-E-I YOGA, lives in the high desert of California with her husband, yogi Max Thomas.