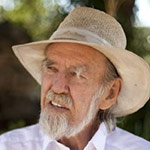 The Irish born internationally known author and lecturer, Tim Wallace-Murphy, is the author of thirteen published books, mostly about the history of a variety of heretical forms of spirituality. He once redefined heresy as: The use of God’s gift of Freewill in matters of Religion, Faith and Dogma.

Tim has appeared in some eight or nine TV documentaries and many of his interviews can be found on YouTube. He has given talks and lectures in a wide variety of venues. He has talked at Masonic Lodges, Spiritual groups, clubs and associations across the western world. In cities such as in Seattle and Long Beach, Denver Colorado, and Santa Fe New Mexico, New York, New Jersey, Connecticut, Montreal and the Eastern Townships in Canada, all across England, Scotland and Ireland, in France, Italy, Spain and in Prague.

Eleven of his works describe historical aspects of spirituality and cover a variety of themes including the Knights Templar, the Cathars, Rosslyn Chapel and the Western Esoteric Tradition as well as the Grail genre. The other two, including the most recent are more modern mainstream historical works, namely ‘What Islam did for Us’ a study of how Islamic scholarship laid the foundations of most of the more valued aspects of European culture, and his latest work ‘The Genesis of a Tragedy – A Brief History of the Palestinian People.’ Tim was provoked to write this work as the Palestinian side of this conflict is rarely heard in either Western Europe or the United States and if this ongoing running sore in East West relations is ever to be solved, the pain on both sides needs to be understood.

He has acted as a tour guide in some of the most beautiful and inspiring sacred sites in Europe. including Rosslyn Chapel in Scotland, Avebury Stone Circle in England and Stonehenge. Tim has escorted people of all faiths and some of none around such fascinating and beautiful Cathedrals as Chartres, Notre Dame de Paris, Orleans and Amiens and the jewel in the crown in Paris, Sainte Chapelle.

Tim and his wife, Cyndi, live in Esperaza in the Languedoc in South Western France a few kilometres from the famous and controversial site of Rennes-le-Chateau and is constantly discovering new and fascinating aspects of this wondrous land. They are always available for illustrated talks and tours which can be hand-tailored to the needs of their clients. Formal, larger scale, organized tours are listed on the Events page.

Tim speaks as he writes, indeed it has been suggested that this bog-trotting Irishman did not kiss the Blarney stone, he swallowed it. Read his works, hear him talk and decide for yourself.