1. Did NASA time its Mars announcement to coincide with ‘The Martian’?

4. Bi-Modal Distribution of Key Features Due to Ancient Tidal Stress? 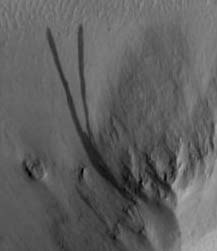 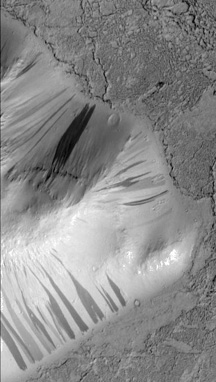 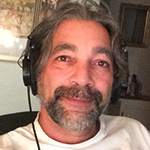 Born in Brooklyn, NYC Efrain currently resides in Portland, Oregon. For 15 years he worked on a human powered helicopter for the Sikorski Human Powered Helicopter contest, while also working in the construction industry. His first novel, Alien Cartel is a Sci-Fi epic, and it’s sequel  ‘Tides of Retribution’ is currently being edited for a release in 2016. 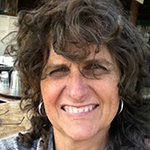 In 2001 I contacted RCH about a ‘flow’ image he has posted and followed up with a study of the satellite images and meta-data to determine if the flows were created by active water related phenomena on Mars. Efrain Palermo and I did prove that the flows were current geologic features appearing in months and not thousands of years old as the current at the time assertion.

We wrote a paper, presented at Stanford, and celebrated with an Electric Ice tea before the plane ride home. I’m an American, Military brat (Air Force), I love flying with a passion. A life not lived in calculated risk is a life not lived. Carpe Deum!