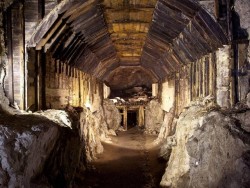 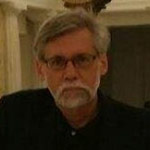 Peter’s bio in his own words:

“I am a proud, native New Yorker who hails from the Bronx.  I grew up in a lot of places in the United States, from the Bronx to Indiana, Illinois, New Hampshire and back to the Bronx where I graduated from Christopher Columbus High School (the same alma mater as David Berkowitz and Christine Jorgensen) in 1968.

I became involved with the American Orthodox Catholic Church that year, after successfully (and dramatically) gate-crashing the funeral of Bobby Kennedy at St. Patrick’s Cathedral at which point I came to the attention of the “Church.”  There is much more about this church in Sinister Forces and on the Sinister Forces blog (if it gets restored).  The church was a front for domestic and international intelligence activities as I later discovered.  Recently released files from Jim Garrison’s office in the case against Clay Shaw have now proven this beyond a reasonable doubt, I am glad to say.

I later worked for about a year for Spencer Memorial Church in Brooklyn Heights, where I made the acquaintance of the Black Panthers, the Weathermen, various Irish revolutionary groups, and sundry other characters including Oscar Brand and Pete Seeger.

During the Watergate era I began researching what would become Sinister Forces.  I traveled to Chile in 1979 and was detained at Colonia Dignidad, the notorious torture and interrogation center of the Pinochet regime and his dreaded secret police, DINA.  It has recently been revealed that Colonia Dignidad was not only a safe house for ODESSA but also where weapons of mass destruction such as chemical and biological agents were being developed for use by Operation Condor.   The story of Colonia Dignidad is told in my first book, Unholy Alliance.

But many writers have to work for a living, and I am no exception.  I worked for the Bendix Corporation, for Bank Hapoalim, and for an obscure Chinese import-export firm during the Deng Xiaoping era, becoming in the process one of the first Americans to do business in China since the opening of that country during the Nixon administration.

I had also worked from 1970-1972 for Stardust, Inc.  in New York’s Garment District. The son of the owner of Stardust, Stephen Brandt, was an intimate of the Manson Family and committed suicide in New York City shortly before I was employed by Stardust.  And it was while working for that company that I made the acquaintance of someone who had first-hand knowledge of what was going on with Howard Hughes and the CIA.  Heady times.

I became very involved in international trade from the 1970s, on.  This became intensified in 1984 when I began doing business in China.  I had studied Mandarin back in the early 1970s, and it came in handy.  I have since visited every province in China except Tibet.

In 2007 I obtained a master’s degree in Religious Studies and Asian Studies, and am a member of the American Academy of Religion, the T.E. Lawrence Society, AFIO, and a charter member of the Norman Mailer Society.  (I knew Norman for years through a mutual friend, and was fortunate to have been able to visit him and his wife Norris Church in Provincetown on several occasions.)  Mailer wrote the forward to my Unholy Alliance when it was re-issued by Continuum, and he expanded that foreword into a chapter in his book The Spooky Art.

Since that time, my massive study of Americana from the point of view what I call “quantum history”  (was the Kennedy assassination a particle or a wave?) was published by Trine Day and Sinister Forces boasts forewords by such luminaries of deep politics as Jim Hougan, Dick Russell and Paul Krassner, plus blurbs by Mailer and by novelist Katherine Neville.

I have published a number of books with other houses as well, such as The Mao of Business; Stairway to Heaven; and The Secret Temple; all by Continuum;  and Tantric Temples;  Ratline;  The Angel and the Sorcerer;  The Dark Lord; and now The Hitler Legacy:  all by Ibis Press.

Yes, I have written extensively about subjects as seemingly disparate as esotericism, the Nazis, the Mormons, Freemasonry, Tantra, and China trade but to me they are all connected and reading one of my books usually carries over a theme (and much connective tissue) from one of the others.  Since I have done a lot of traveling — to something like forty countries since the early 1970s — I tend to see the world as interconnected and the religions, business practices, politics, and histories all influencing each other and creating a powerful engine that we are forced to call “reality” for want of a better term.

My books reflect facets of that complicated diamond, and taken together are like that story of the blind men and the elephant:  each blind man describes the elephant the best he can and each disagrees with the other;  I have seen reality from different perspectives,  and at different times in our history, and know that one eventually is forced to reconcile one view with the other, or go mad.

You can view my published work as trilogies:  the three volumes of Sinister Forces make up the American Trilogy;  the three volumes Unholy Alliance, Ratline, and The Hitler Legacy make up the Nazi Trilogy;  The Secret Temple, The Angel and the Sorcerer, and The Dark Lord  make up the Western Esoteric Trilogy;  Stairway to Heaven, Tantric Temples, and the upcoming The Tantric Alchemist will make up the Initiatory Trilogy.  The Mao of Business seems to stand alone, but it provides a kind of key for understanding the author and his background in the “real” world: how that world gave him the tools he needed to stay grounded in the pragmatic, mundane context of “business without borders”  which is a useful approach to the study of that which is represented by that enigmatic first Trump:  the Magician.

It is said the four responsibilities of the Magician are “To Know, To Will, To Dare, and To Keep Silent.”  Well, three out of four ain’t bad.”