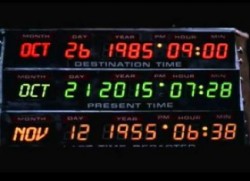 1. Was the Back to the Future II Date of October 21, 2015 a Shout Out to Christopher Columbus? 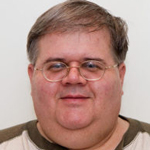 Jeff White is General Manager of Radio Miami International (WRMI), a commercial shortwave station in the United States that has been on the air since 1994.

He is a Journalism graduate from Northern Illinois University near Chicago, where he served as news manager for several years. Jeff worked for several more years as a freelance journalist for a number of radio networks, including Christian Science Monitor Radio, National Public Radio, NBC, Radio Netherlands and others.

He carried out many audience research studies for international broadcasters such as the BBC, VOA and Radio Canada International, Deutsche Welle.

Jeff has served as Vice President and President of the National Association of Shortwave Broadcasters (NASB), which represents the privately-owned shortwave broadcasters in the United States.  He is currently the NASB Secretary-Treasurer.

Jeff has been Chairman of the HFCC since February 2015. Jeff is also the NASB representative in the HFCC Steering Board. On behalf of the NASB, Jeff has chaired the organising committees for the HFCC/ASBU conferences in Mexico City (A05), Dominican Republic (B09), Zurich (B10) and Dallas (B11). In their free time, Jeff and his wife Thais like to travel, especially by cruise ship. He always takes a shortwave receiver with him. 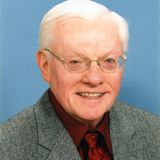 Dick Bertel spent almost 60 years in both radio and television as a talk host and news anchor. He joined WTIC in Hartford, Connecticut soon after graduating from New York University, where he majored in radio and film.

For radio he created “The Golden Age of Radio”, a series of one hour specials that featured the voices of many major performers, writers and directors of the era.  These shows are in the permanent collection at the Library of Congress.  On Channel 3 television he anchored the 6 o’clock News and hosted a weekly documentary called “Perception”.

In 1965 he anchored a four hour broadcast of Mariner 4’s fly-by of Mars with co-host Richard Hoagland in Springfield, Massachusetts. 50 years later to the day he and Richard co-hosted the New Horizons fly-by of Pluto.

Bertel moved to Washington in 1984 as Executive Producer of the Voice of America.  He also anchored news at WTOP and later at NBC Radio. Dick is now retired and living in Gaithersburg, Maryland with his wife where he teaches English to area newcomers. 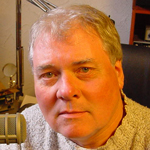 Bob Zanotti grew up in New Jersey and studied Communication Arts and Broadcast Journalism in New York and Montreal, where he also worked in collegiate and commercial talk radio.

Bob joined the English Service of Swiss Radio International, Switzerland’s international shortwave broadcasting service, in 1970 and was with SRI till early retirement in 2002, two years before SRI closed.

During his career, Bob was seconded to several Geneva-based United Nations specialized agencies, and reporting on a number of their field projects, especially in Africa, Asia and Central America.

Bob Zanotti was the co-founder and co-owner of Italy’s most successful commercial broadcast station, The Italian Radio Relay Service, back in the 1980’s and 90’s. The station is still in operation.

In 2004, Bob started an Internet website called www.switzerlandinsound.com which is the only source of English-language radio reporting about Switzerland in the classic style.