1. Remarks by President and Pope [Speach] 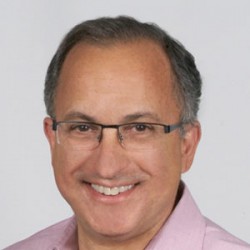 From a young age, I had a deep conviction that something was not right with the world. There is one world, one sky, one Earth. Why is there then not one principle that unites people to a common worldview? Why can’t there be one Truth?

In a college dorm room in 1973, while taking a class entitled, Man in Perspective, I had a thought that seemed to offer a way to unite the fields of religion, philosophy, and science. The insight was neither entirely new nor original. The main question was why it had gone unspoken for so long. The answer seemed to be that the new approach contradicted the accepted modern, materialistic worldview and made religion look inside for spiritual truths rather in the after-life or in a mysterious heaven beyond the senses. It also required changing the minds of a lot of people deeply set in their ways. This was not going to be easy.

The new thought went unspoken because no one wanted to dive against the tidal wave of the conventional scientific worldview and be declared a heretic or insane.

But this new worldview made too much sense to let conventional wisdom stand in the way of exploring it further. The worldview has a simple premise: instead of the universe being created in a Big Bang, it instead sprang from a united mind some call God. But since we have the only minds known to exist, the united mind of humankind must be the one mind of God. This is the same principle advanced for thousands of years both in Eastern philosophy and by the Western idealist philosophers. What happened to it?

Armed with this simple thought and the conviction that even if wrong, it deserved further examination, I set out to write a paper arguing in favor of this new world outlook. According to the scientific method, if the theory was right, it would withstand whatever criticism was levied against it; if wrong, it would fade away like other misguided hypotheses.

I wrote the first draft of the book in 1974, rewrote it that summer; took off a year to try again and then concluded I had a lot more to learn. I obtained a degree in philosophy, went to law school and wound up practicing law for 25 years while working on the book. The current version is the 1974 college paper many rewrites later. I hope you find it interesting.

Radio Show: Conversations Beyond Science and Religion
Website: The Collapse of Materialism