1. NASA scientists are baffled by a mysterious pyramid structure they found in space [News] 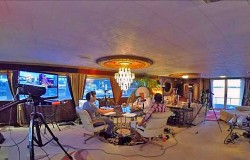 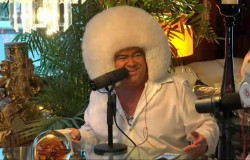 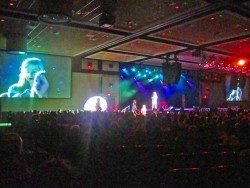 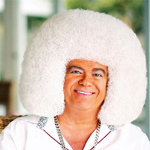 Gary Spivey is internationally sought after and widely recognized for his amazing psychic, medium and healing abilities. As a regular, on Top Radio and Television Talk Shows as well as in Print Media, his rare abilities have helped millions, including Celebrities, Sports Stars, Authors, Global Magnates, Politicians and Nobel winning Scientists. Gary holds seminars, workshops and spiritual retreats where he has helped thousands of people change their lives. Gary’s mission is to help enlighten the world, by teaching people of all ages and from all walks of life, how to access and utilize their own God given spiritual gifts.

Born with spiritual gifts… Gary grew up in a small town in rural North Carolina. By the age of three, his mom said Gary started displaying psychic abilities when he started telling her he was talking to Angels. His mom realized that when Gary would tell her something that his Angels said, it would always come true. When Gary was seven years old he was hanging out with his dad and another man while they were plowing a garden getting it ready for planting season. While the other man was on the tractor, Gary was helping his dad with other tasks around the garden when all of a sudden Gary started to scream. Gary told his dad that the man on the tractor needed his help, but of course Gary’s dad did not know what he was talking about, until moments later when the tractor fell over on top of the man plowing the field. Later, when Gary’s dad asked him… “How did you know the tractor would fall?”… Gary responded by saying… “My Angels showed me a vision and told me what was going to happen”.

As Gary grew older he learned to listen and understand that when his Angels gave him a message for someone, it was important to tell them. By the time Gary was a teenager, it was normal for family and friends to always ask him their questions which was good training for his future in Radio, TV and live shows.

In his mid-twenties, Gary was asked to be a guest on a radio program where the callers would call in with their questions and problems and Gary would sort through and answer them. Due to an overwhelming response from the listeners, and because of his amazing accuracy and witty deliverance, Gary was asked to be one of the regular characters on the show. The show soon became highly successful and was syndicated throughout the southeastern United States. This was the beginning of Gary’s long and successful radio career. It did not take long before Gary was known as America’s #1 Radio Psychic. You can often hear Gary from coast to coast on the early morning drive time, top rated radio shows.

He is a regular guest on radio shows from New York to LA. Radio appearances for Gary was just the beginning of his media career as he took it beyond radio and started appearing on many TV talk shows. Gary’s unbelievable spiritual abilities, humor, wit, and his “Out of this world” appearance, makes him the ideal guest on any type of programming. Whenever Gary appears on a talk show, the show results in huge ratings because Gary’s “signature look” will grab anyone’s attention to tune in and watch the show and his talents keep them interested. Gary is also a successful Author, selling thousands of copies of his book, “Secrets from God – Your Keys to Heaven”. He is currently in the process of writing his next book.

Gary Spivey is a man just like you and I but with a little different twist – he’s a Psychic, Medium, Spiritual Healer and Spiritual Teacher, who travels the world changing people’s lives. He looks a little different than the normal person but that’s what makes him stand out. He’s eccentric and has a love for life. Gary is not like most Spiritual Guru’s… he’s not boring, never takes himself too serious, but always takes his work serious.