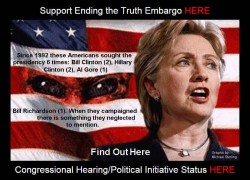 5. NASA scientists are baffled by a mysterious pyramid structure they found in space [News]

6. The Rime of Celestial Mariners II [from Keith Laney]