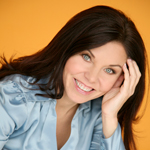 June De Young is a world-famous psychic medium, former Playboy Bunny, Car expert and mechanic, author, television personality and philanthropist. She has performed psychic and mediumship readings for everyone from NASA scientists to Hollywood celebrities and her psychic predictions have been documented all over the world. Some of her predictions include: the date and exact magnitude of the March 11th, 2011 Japan Quake and Tsunami, Hurricane Irene’s Devastation and Closing of NYC, President Clinton’s Impeachment Trial & Scandal, Al Gore’s Presidential Campaign and Recount, Prince William’s marriage and children, and predictions for 2016 that have come true just this week! June is also an authority on Positive Intention and Manifesting and has helped clients all over the globe to shift into happier and more prosperous lives.

June soon acquired the name “Miss UFO,” from her colleagues in the field. With over fifteen years of experience in the UFO realm she has a rapport with top scientific researchers in UFOlogy. She was also an eye-witness to a UFO on September 10th, 1998 in Calabasas, California.

June has also helped 100’s of individuals find their soul-mates through a process she developed called Psychic Sui. She does home make-overs to help clear a person’s energetic patterns and turn up the positive energy levels in their environment. She also teaches methods to singles to receive love again after being hurt or suffering the loss of their former mates.

June believes that communicating on a higher level can create instant life changes. She guides her clients to their own personal place of power to release the old – bringing in a new sense of freedom and the actualization of their brilliant authenticity.