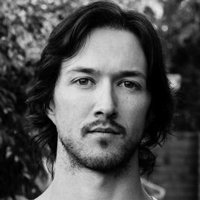 Despite the most “normal” upbringing my parents could manage, I have devoted my life to being anything but. After a major metanoia experience at the age of 20 – triggered by Michael Talbot’s book “The Holographic Universe” – I soon experienced what’s often referred to as cosmic consciousness, confirming the reality of the holographic universe concept and more importantly, I remembered who and what we ALL are. Never looking back, for the past 12+ years I have been a dedicated truth seeker and illusion destroyer. My first book,”The Grand Illusion”, released at the end of 2012, was carefully designed to methodically and systematically break down received wisdom, outdated dogmas, and outright lies, and shine light on the sometimes complicated, but often simple, truths about consciousness and reality.

I have been so intensely and stubbornly dedicated to this mission of awakening the planet, throwing off the shackles, and achieving real freedom in this lifetime that I have never ever held a full-time job, preferring instead to endure dire finances in order to serve my big picture vision (along with my devotion to my “secret” musical craft, let’s be honest). Now we’re here and it’s time to get down to the business of doing the internal work needed to create the external reflection around us of an “ascended” world we can ALL thrive in. Are you ready to go next level?

“Brendan is the Chomsky of the Spiritual movement.” – Alistair Larmour, medical intuitive

“Every person in the field of ‘paranormal’ psychology or related topics should have this book as a major reference.” – Dr. Buryl Payne

“A masterpiece…The Grand Illusion is mind-blowing.” – Sol Luckman, author of Potentiate Your DNA.