1. Governments Across The World Open Probes Over ‘Panama Papers’ [News] 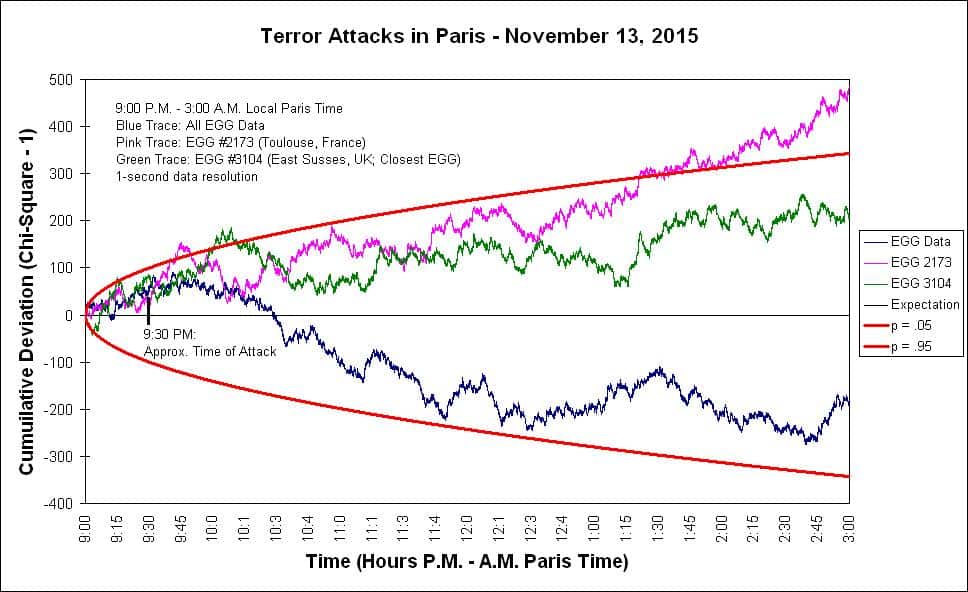 Here’s a graph of the data from the Global Consciousness Project’s worldwide network of RNGs (called “EGGs”) which corresponds to the horrific attacks that occurred in Paris, France November 13, 2015. 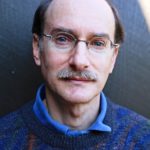 Dean Radin, PhD, is Chief Scientist at the INSTITUTE OF NOETIC SCIENCES (IONS) and Volunteer Faculty in the Department of Psychology at Sonoma State University. His original career track as a concert violinist shifted into science after earning a BSEE degree in electrical engineering, magna cum laude with honors in physics, from the University of Massachusetts, Amherst, and then an MS in electrical engineering and a PhD in psychology from the University of Illinois, Urbana-Champaign. For a decade he worked on advanced telecommunications R&D at AT&T Bell Laboratories and GTE Laboratories. For over two decades he has been engaged in frontiers research on the nature of consciousness. Before joining the research staff at IONS in 2001, he held appointments at Princeton University, University of Edinburgh, University of Nevada, Interval Research Corporation, and SRI International.

He is author or coauthor of over 250 peer-reviewed scientific and popular articles, three dozen book chapters, and three popular books including the award-winning and bestselling The Conscious Universe (HarperOne, 1997), Entangled Minds (Simon & Schuster, 2006), and a 2014 Silver Nautilus Book Award, SUPERNORMAL (Random House, 2013). These books have been translated into a dozen foreign languages, so far. His technical articles have appeared in journals ranging from Foundations of Physics and Physics Essays to Psychological Bulletin and Journal of Consciousness Studies; he was featured in a New York Times Magazine ARTICLE; and he has appeared on dozens of television shows ranging from the BBC’s Horizon and PBS’s Closer to Truth to Oprah and Larry King Live. He has given over 350 interviews and talks, including invited presentations at Harvard, Stanford, Cambridge, Princeton, and the Sorbonne, for industries including GOOGLE and Johnson & Johnson, and for various US government organizations including the US Navy and DARPA.

In 2010, he spent a month lecturing in India as the National Visiting Professor of the Indian Council of Philosophical Research, a program within the Indian government’s Ministry of Human Resource Development. In 2013 and 2014, he gave invited lectures in Kuala Lumpur at the INTERNATIONAL CENTER FOR LEADERSHIP AND GOVERNANCE, an organization supported by the Central Bank of Malaysia. In 2015 he spoke at the AUSTRALIAN LEADERSHIP RETREAT, a confidential program of briefings and discussions for Australian government, business, education, and military leaders.