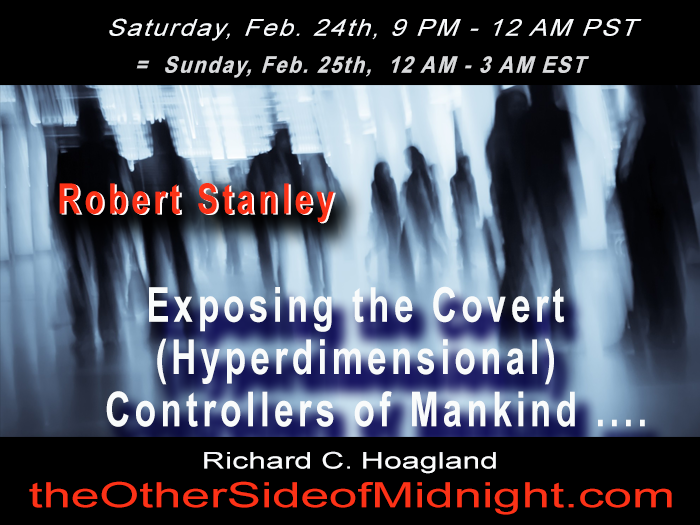 What if we on Earth, involuntarily, have shared our planet with another intelligent species down through time … a “hyperdimensional life-form” that (most of the time …) is totally invisible ….

Further, what if this species was something like the fictional beings in “Stargate-SG1”: the “G’ould”–

A parasitic life-form … requiring 3-dimensional human hosts to live in this dimension.

Suppose this “HD parasite” required NEGATIVE emotions in its human hosts to remain in three dimensions … and was capable of CREATING those emotions in all those it invaded … to maintain its continued existence 3-D?–

Via the creation of unending fear and violence planet-wide?

My guest tonight, Robert Stanley, is going to describe the results of his multi-decade investigation into exactly this extraordinary possibility ….

1- Fresh Evidence for New Physics in the Universe 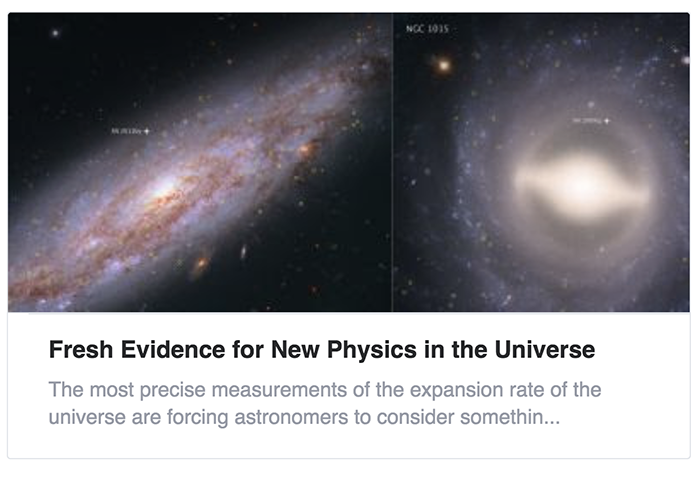 2-  Timeline – FoxNews:
http://www.foxnews.com/us/2018/02/23/florida-school-shooting-timeline.html
[…excerpt]
Wednesday, Feb. 14 [2018]
2:06 p.m.  Cruz was picked up by an Uber, before he was dropped off at the high school at 2:19 p.m., a Wednesday timeline from the Broward County Sheriff’s Office showed.
2:21 p.m. Cruz went into Building 12’s east stairwell with a rifle in a case, according to the timeline. He goes “through all three floors, shooting several students and faculty inside the classrooms and hallways of the building.”
2:28 p.m. Cruz got out and ran in the direction of tennis courts before going south, according to the sheriff’s office. At 2:29 p.m., it said he crossed a field and ran west with other people.
2:35 p.m. Students reportedly were texting about a shooter at the school.
2:50 p.m. Cruz went into a Walmart and purchased a drink at a Subway inside and left the store, per the sheriff’s office timeline.
2:53 p.m. Deputies responded to reports of a shooting at Stoneman Douglas High School, the Broward County Sheriff’s Office confirmed in a tweet.
[end excerpt…]

3-  UFOs over the Capitol and more

5- Ave Maria with lyrics by and sung by Robert Stanley
https://archive.org/details/AveAngel

6-  The Era of Teleporting Information Has Begun
http://preventdisease.com/news/17/092817_Era-Teleporting-Information-Has-Begun.shtml

7- EXCLUSIVE: I’ve cast demons out of Oscar winners, politicians and movie bosses – The Exorcist is basically TRUE, says Hollywood’s ‘sister of darkness’ as she shows DailyMailTV how she does it

8- We must act before another child is killed’: Warning over abuse linked to witchcraft and possession beliefs in UK | The Independent
http://www.independent.co.uk/news/uk/crime/couple-guilty-of-horrific-witchcraft-murder-7468465.html 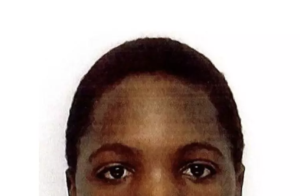 9- Demand for exorcisms is up threefold in Italy, so Vatican is holding conference

10- The Catholic Church performed a country-wide exorcism on Mexico
http://www.businessinsider.com/the-catholic-church-performed-an-exorcism-to-help-mexico-2015-6

1- Kryon (Channeled by Lee Carroll) is a “Support” Entity, Expresing positivity in a beautiful ways. Played during the show is an Excerpt from Kryon on the Douglas High School, Parkland, Florida Shooting and How to Combat Dark Energy. To hear the entire message…Go to this page:
http://www.kryon.com/cartprodimages/2018%20downloads/download_toronto_18.html

Select the First recording. Kryon comes on at timecode: 12:54 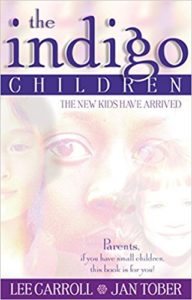 The Indigo Children: The New Kids Have Arrived
by Lee Carroll  and Jan Tober,  May 1, 1999

An unusual thing happened in 1999. Jan Tober and I found ourselves as authors of one of the fastest selling books in a small niche market. The book was The Indigo Children, and was the first book to open the door for investigation into a wild premise… that humanity was seeing a consciousness shift and that it was obviously observable within our children, who were the forerunners.

Counting all 24 languages, the Indigo book sold over half a million copies, and started a very controversial movement of those who believe it and those who don’t. The ones who line up on the believers side are parents, day-care workers, many teachers and college professors, and alternate therapy professionals. The non-believer side is almost entirely made up of administrators, medical doctors, scientists, and those who really don’t wish to “go there” with such unusual ideas, at least not without one of their own in the lead. 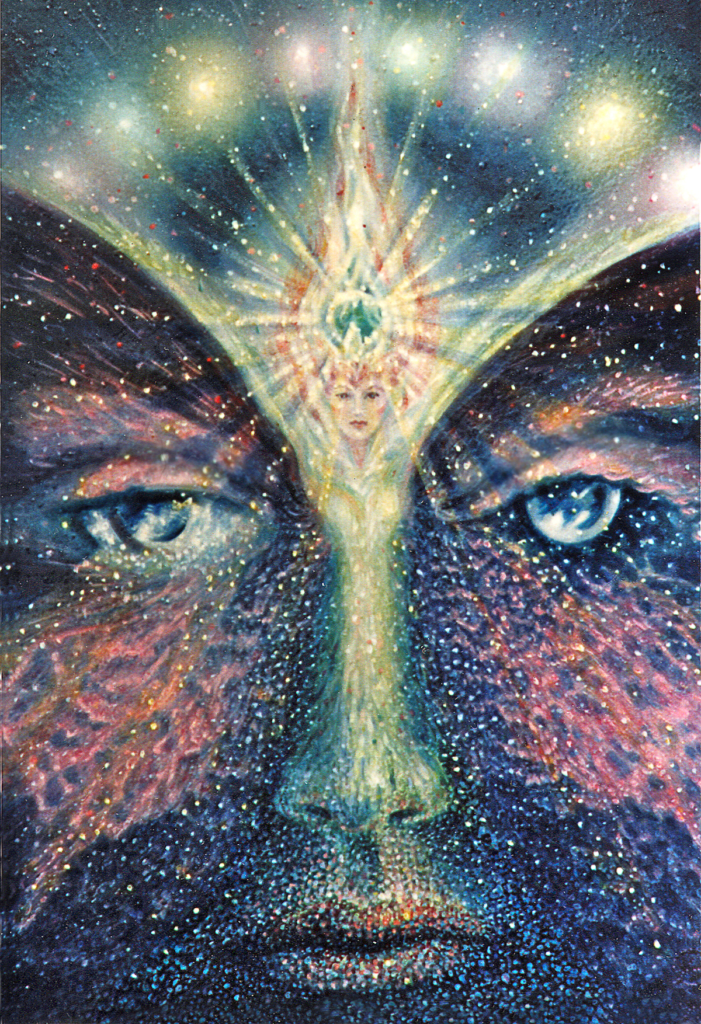 Kynthea brings a broad insight to the discussion of unfolding consciousness.

Her Art and Mentors are hyperdimensional. Her personal journey of transformation enables her to hear and “get” those she councils around the globe… people encountering dimensional shifts, unpredictable changes and altered perceptions. She helps people to build a bridge from their old life to a new and vibrant one.

As producer for The Other Side of Midnight…she frequently has interesting opportunities to converse with other pioneers of the future….not to mention the international community of membership in Club 19.5 and listenerships from all around the globe. These relationships feed her quest for revelation.

Kynthea serves also as Artistic Director for the Mars Project, Together with Richard C. Hoagland, she studied the first Cydonia photos and was drawn into the early Mars investigation. She’s worked closely with researchers and was the first to sculpt the incredibly controversial Face on Mars…followed by numerous sequential sculptures as new data came in. Currently, Kynthea is a contributing author and the designer for the Enterprise Mission’s new book, “Hidden Mars – A War In Heaven”

Kynthea works with people who recognize that the world is in a paradigm shift and want to move with it elegantly. She helps them vitalize their life and transform their world.

For more information please contact her at: Kynthea <[email protected]>

“I will help you get in touch with your Core Being, so you can get clear guidance to live a happy and harmonious vibrant life.”