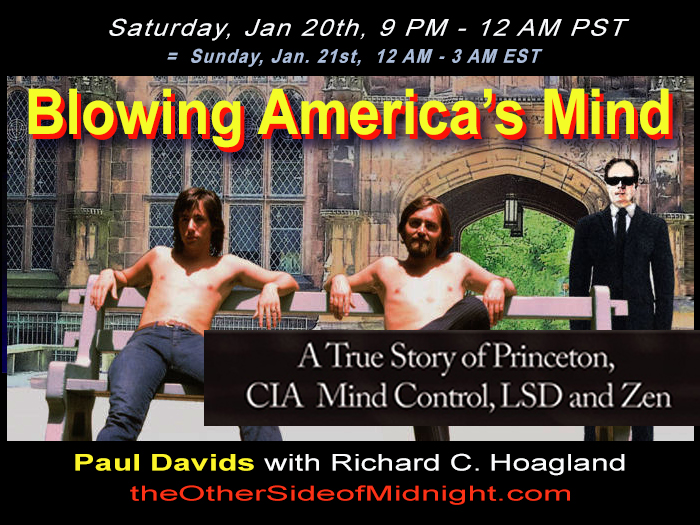 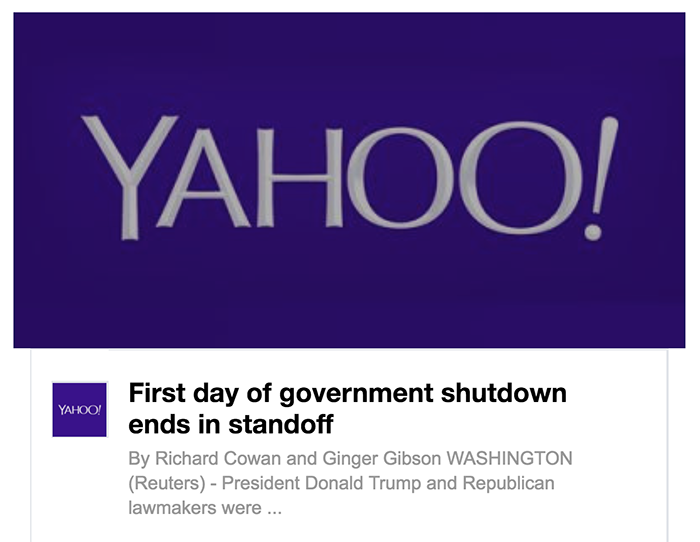 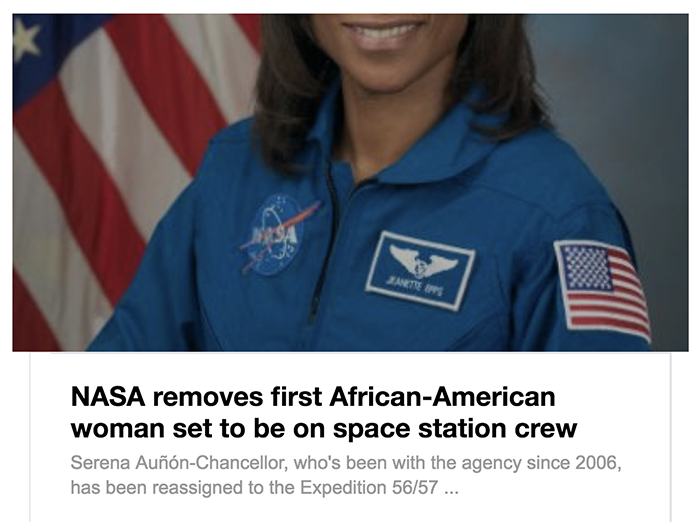 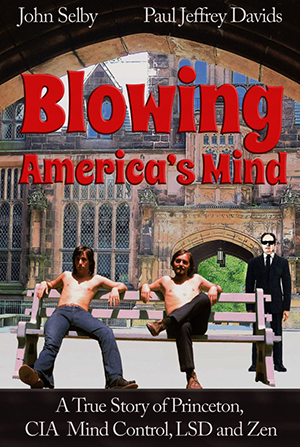 WHO GOES THERE? PRINCETON UNDERGRAD GUINEA PIGS, SHRINKS ON LSD, HYPNOTISTS AND SPIES

USA Today states “You’re not tripping: LSD is making a comeback.” A 40% jump in those 18 to 25 using acid is reported.

What scared the hell out of America in 1966 when LSD was criminalized for the first time? And why aren’t the young today frightened anymore?

The new book BLOWING AMERICA’S MIND (subtitled A TRUE STORY OF PRINCETON, CIA MIND CONTROL, LSD AND ZEN) now appears on the scene as an emotional catharsis for anyone who ever put his toes into the cosmic pond of psychedelia.

The two authors waited almost fifty years to publish it (coinciding, almost, with the death of everyone in the book who might have raised hell). The authors are well-known Princeton grads (Selby a writer of popular psychology and Davids a producer / director of controversial TV films for NBCUniversal).

Dr. Humphry Osmond, a British psychiatrist, came up with the word “psychedelic,” meaning “mind-manifesting” and is considered one of the Superstar ‘Psychedelic Pioneers.’ Selby and Davids both had the privilege (some might say misfortune) to stumble upon Osmond and the now-defunct New Jersey Neuro-Psychiatric Institute (NJNPI) when they were Princeton undergrads majoring in psychology, at a time when Humphry Osmond had opened up shop there. Unknown to the authors, Osmond’s shop was funded not only by the National Institutes of Health, but barrels of cash were flowing in from cover organizations established and controlled by the CIA.

NJNPI was just one of what declassified documents now establish were 86 U.S. institutions conducting almost 150 mind control projects for the CIA as part of its notorious MKULTRA. This is a shocking, formerly top secret, episode in American history with plenty of Ivy League twists.

For Osmond, blowing minds with LSD wasn’t enough. He added hypnosis. Officially, the goal was to use hypnosis (with a pinch of acid here and there), to put neutral subjects (i.e., the book’s authors) into both schizophrenic and expanded states of consciousness to study human behavior under contradictory hypnotic conditions. It was CIA-sponsored “Mind Blowing” all in the name of science, with the sweet ribbons and bows of the Beatles’ “Sergeant Pepper’s Lonely Hearts Club Band” playing in the background (and plenty of lady love interests around for good measure, back in the days of all-male Princeton.)

Admitting to this awkward phase of their post-adolescent lives now almost fifty years later, co-authors John Selby and Paul Davids describe in hair-raising detail how they became volunteers, guinea pigs in early LSD and deep hypnosis research that they thought could offer mind expansion, artificially-induced nirvana and even improved sex lives. The results were not quite what they had anticipated. Their journey of mind manipulation is a fascinating emotional roller coaster which at times reads like the strange inward journeys from A BEAUTIFUL MIND (also set at Princeton), ONE FLEW OVER THE CUCKOO’S NEST or THE ELECTRIC KOOL-AID ACID TEST.

It is perhaps an item for the Guiness World Records how these authors actually stuck with this project after beginning it in 1972, and they finished it in 2017 just time for the resurrection of LSD among the 18-to-25 year old set. (“It rose to item number one on our bucket list,” explains Davids, who recently stopped dying his hair for the youth look and let the white hair blossom). 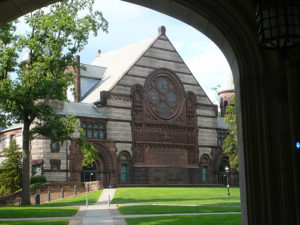 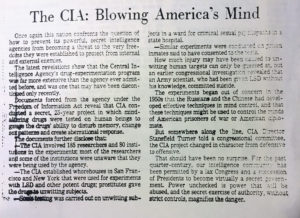 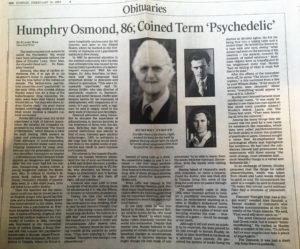 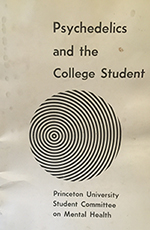 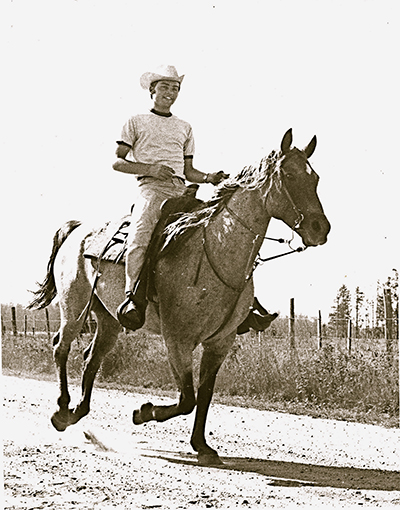 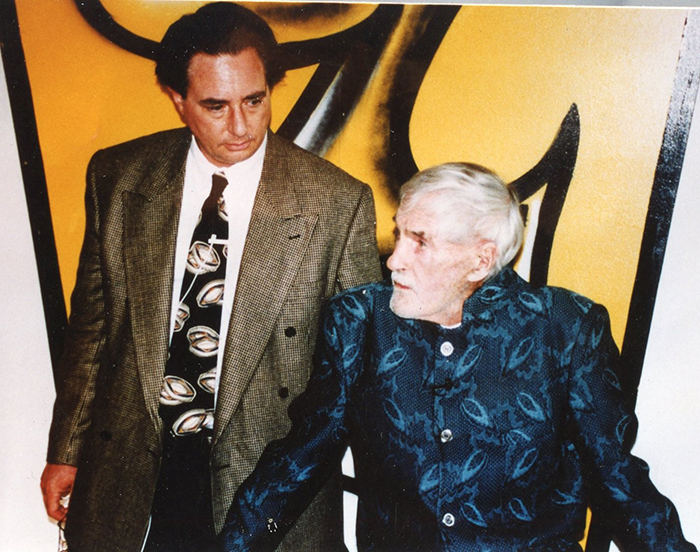 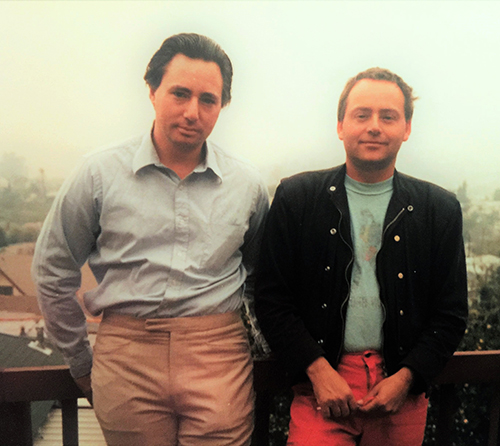 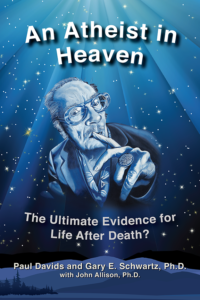 11-  The Doors of Perception and Heaven and Hell 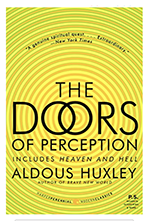 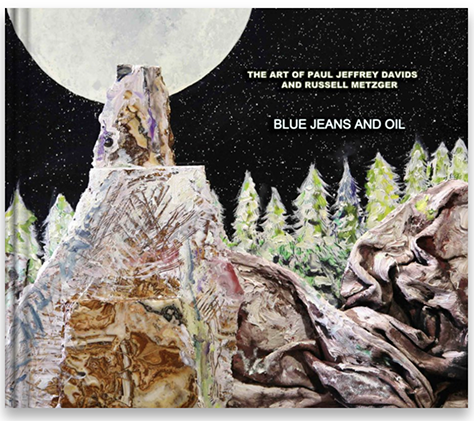 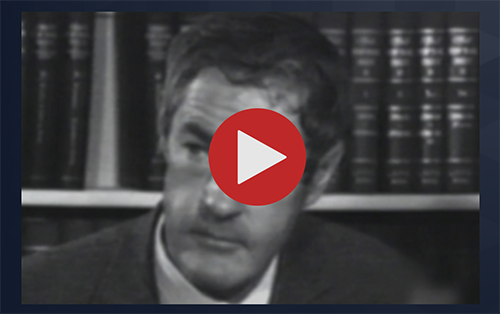 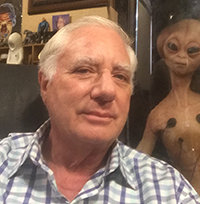 Paul Jeffrey Davids (B. A. in Psychology, Princeton University) is a noted producer, writer and director in Los Angeles, mainly of television films that have been released by Showtime (“Roswell: The UFO Cover-up”) and NBC Universal International. He has also written books, including An Atheist in Heaven: The Ultimate Evidence for Life After Death? (2016).

Paul is from Bethesda, Maryland, the son of a famous Georgetown University professor of American History, Dr. Jules Davids, who worked extensively with John F.Kennedy on the writing of Profiles in Courage (for which his father is credited in the Preface) and who was a professor to Jacqueline Kennedy and later to Georgetown undergraduate Bill Clinton.

At Princeton, Paul won numerous awards in writing, including the F. Scott Fitzgerald Prize for Short Story Writing. His ‘misadventures’ working at the New Jersey Neuro-Psychiatric Institute while he was a student at Princeton are fully documented in the book Blowing America’s Mind: A True Story of Princeton, CIA Mind Control, LSD and Zen (2018).

After graduating from Princeton in 1969, Paul moved from Bethesda, Maryland to Los Angeles to attend the American Film Institute Center for Advanced Film Studies in Beverly Hills. He was in the first class of fifteen Fellows at AFI and studied producing and directing alongside Terrence Malick, Paul Schrader, David Lynch and Jeremy Kagan, and master cinematographer Caleb Deschanel was in his class too.

In the mid-1970’s, Paul’s first assignment in the entertainment business was as a script analyst for agent Paul Kohner (where he read all the submissions for Charles Bronson, John Huston and William Wyler). His career in film and television took off when he got his ‘first break’ as production coordinator (and a writer) of the original “Transformers” animated TV show for Marvel Productions. He performed production chores on 79 episodes. At that time, in the late 1970’s, he also co-wrote (with Hollace Davids) his first book: The Fires of Pele: Mark Twain’s Legendary Lost Journal , and the husband and wife team co-wrote six “Star Wars” sequel novels (1992-1993) for Lucasfilm and Bantam Books, including the award-winning Mission From Mount Yoda , plus The Glove of Darth Vader, The Lost City of the Jedi, Zorba the Hutt’s Revenge, Queen of the Empire and Prophets of the Dark Side . The books sold millions of copies and were published in many languages.

Paul is a prolific artist whose paintings are displayed at many galleries. He is a member of the Writers Guild of America and Producers Guild of America, as well as being a magician member of The Magic Castle in Hollywood. Four of Paul Davids’ films are distributed worldwide to TV by NBC Universal’s International TV Division, including “Starry Night,” “The Sci-Fi Boys,” “Jesus in India” (www.jesus-in-india-the-movie.com) and “Before We Say Goodbye” (www.beforewesaygoodbye.com). Information on all his films (including “She Dances Alone,” “Timothy Leary’s Dead,” “The Artist and the Shaman,” “The Life After Death Project” (www.lifeafterdeathproject.com) and his most recent film, “Marilyn Monroe Declassified” (www.marilynmonroedeclassified.com) can be found at www.pauldavids.com and information about his paintings can be found at www.pauldavids-artist.com.

He is married to Hollace Davids, who for almost two decades has been Senior Vice-President of Special Projects for Universal Pictures and who has produced several of his films. They have two grown children, both of whom are successfully employed in the entertainment business. His son, Scott M. Davids, has served as editor on Sascha Baron Cohen’s comedies as well as “Flight of the Conchords” and is President of Level 256, Inc., a digital effects company where he served as digital effects supervisor on many Hollywood films. His daughter, Jordan Duvall, is on staff as an art designer for NBC and works on creating the ads (including billboards) for NBC’s TV series.