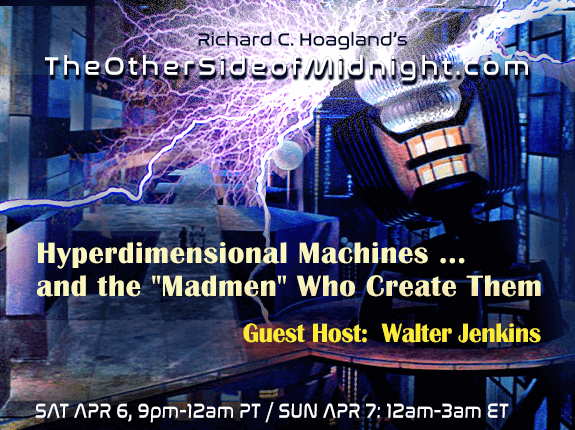 This show brings together inventors and experts in alternative energy uses of water as energy not only for clean fuel but in medical uses of water and energy beyond the cutting edge. Exciting technologies that are proven to work. And the inventors, You can speak with when calling in.

6- Babcock DC Motor with No BackEMF 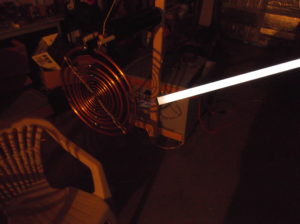 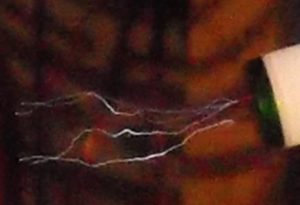 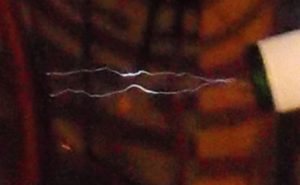 12- Paul’s 2017 presentation was The Universal Medium, which focused heavily on the Lakhovsky MWO (multiwave oscillator). For more information: http://emediapress.com/paulbabcock/universalmedium/ 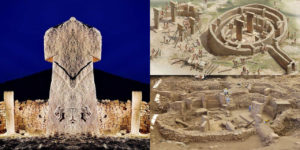 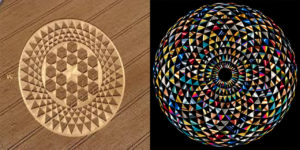 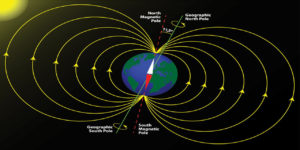 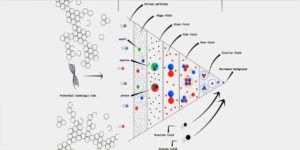 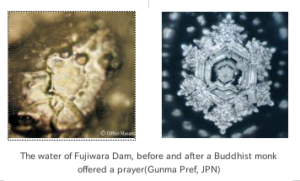 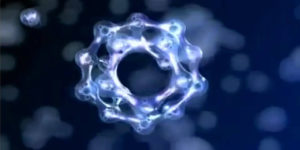 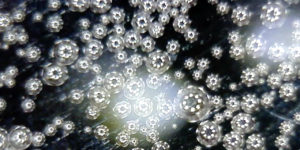 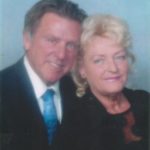 Dr. Richard Fox has a degree in homeopathy from London England. Living vibrantly at near 80.

For over 40 years, Dr. Fox has been researching the leading edge of healing modalities, focusing on quantum healing work. This includes Light therapy, using a Tesla coil with spectrum tubes, static-electicity therapy, magnetic therapy, specializing in nutrition, emotional health, allergy reversal and spiritual alignment with their own spiritual path.

Aaron has authored and produced several ebooks, presentations, and educational films including: The Quantum Key: The Ultimate Guide To Taboo Physics, Free Energy, & Debunking Mainstream Pseudoscience as well as Hacking The Aether, A Course in Mind Power, Water Fuel Secrets, and several others. In 2008, he also co-founded A&P Electronic Media which has helped to spread the word with over 40 ebooks and lectures and is largely considered the best source of information in the Free Energy Sciences.

Aaron Murakami was born on Grand Forks Air Force Base, just outside of Grand Forks, North Dakota. He spent the first 20 years of his life as a military dependent moving from base to base around the world. Aaron attended high school on the Yokota Air Force Base, about 30 miles east of Tokyo, Japan.

In 2008, Aaron co-founded A & P Electronic Media with Peter Lindemann and today, they have over 40 downloadable ebooks and filmed lectures available, which are considered the most authoritative sources of information in the Free Energy sciences.

In 2012, he co-founded the Bedini-Lindemann Energy Conferences, which are now known as the Energy Science & Technology Conference. These annual conferences are held in Northern Idaho, close to Spokane, Washington, and have been attended by people from all over the world.

Aaron has authored and produced various ebooks and educational films, including The Quantum Key, A Course in Mind Power, Ignition Secrets, Water Fuel Secrets, and others. 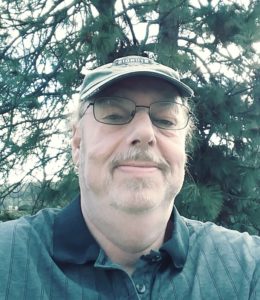 Paul Babcock has thirty years of experience in industrial electronic applications, as a technician, training specialist, service manager, project manager and applications and design engineer. Paul has worked with public entities and private organizations in fields ranging from avionics, power generation, telephony and alternative energy. He has broad experience designing and implementing custom communication and electronics systems in both the public and private sectors, and in developing large-scale communications solutions for the oil and gas industry. Paul is recognized for his expertise in alternative energy systems and power generation for companies and individuals, especially in remote locations. His presentations from the Energy Science & Technology Conference include, Magnetic Energy Secrets 1, 2 & 3, The Secret of Tesla’s Power Magnification, Babcock DC Motor Disclosure, The Universal Medium and The Living Earth.

Evaluated hundreds of energy-generating inventions. A very small number are extraordinarily promising. Included in that latter group are piston engines and turbines designed to run on atmospheric heat. The stored heat of the atmosphere can be a substitute for fuel – first demonstrated by conversion of a Ford engine and turbines in Russia. This huge reservoir of stored solar energy, much larger than Earth’s fossil fuel reserves, can be tapped for power.

SunWind Ltd. became the first commercial affiliate of AESOP Institute in 1985. It was superseded by Magnetic Power Inc., which launched Room Temperature Superconductors Inc., as a subsidiary, in 1993. The revolutionary, pioneering work of both the latter firms opened doors to potentially very inexpensive, remarkable, green energy breakthroughs under development by AESOP Energy LLC. 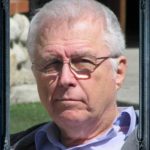 Frederick Alzofon entered the graduate program in particle physics at Cal Berkeley in 1942. His professors included J. Robert Oppenheimer, David Bohm, and Victor Lenzen. Richard Feynman encouraged him to publish his theory of gravitation, which he did in 1960.

At Cal, he researched relativistic effects of high-energy particle collisions at the cyclotron. After earning his doctorate, he pursued a career in aerospace research for 30 years, where he founded the field of infrared nondestructive testing and earned a place in the Who’s Who of American Scientists and Engineers. Dr. Alzofon’s lifelong passion, which he pursued relentlessly, nonstop for 67 years, was gravitation and unified field theory. His dream was to open the space frontier in a way that is impossible with rocket technology. The only solution that made sense, he said, was to reduce the force of gravity on a vehicle. Achieving this would truly liberate humanity to explore the planets and the stars.

In 1981, Dr. Alzofon proposed just such a technology at the 17th Joint Propulsion Conference in Colorado Springs in a paper titled “Gravity Control with Present Technology: Implementation and Theoretical Foundation.” In 1994, he tested that technology in a series of clandestine experiments at a well-known university in the Pacific Northwest. The experiments were successful, but he kept the results a secret while he sought investors. Dr. Alzofon’s son, David, was part of the effort to find investors in Silicon Valley.

After his father’s death in 2012 at the age of 93, David began a campaign to publicize his father’s work and repeat the 1994 experiments, which he regards as a matter of extreme urgency, since the technology would reduce the causes of global warming and energize the global economy like nothing before it. The result has been two books: Gravity Control with Present Technology and The Top-Ten UFO Riddles — Solutions from Science. Both books are available on Amazon and through David’s website, gravitycontrol.io.

In July of 2018 David was a featured speaker at the Energy, Science, and Technology Conference in Idaho. He has also been a guest on Coast-to-Coast AM, The Kingdom of Nye with Heather Wade, and Conspiracy Files with Richard Syrett.

Frederick Alzofon’s technology has been a matter of public record for 38 years. To date, there is no other theory or applied technology as firmly rooted in mainstream physics. However, even though the 1994 experiments could easily be duplicated in a matter of weeks in any university physics lab in the world, academic science has completely ignored this opportunity to make scientific history. David Alzofon views this failure as a tragic and incalculable loss for humanity and hopes that someone listening tonight might heed the call.

Timothy Saunders is a British national who grew-up near to the south-coast of the United Kingdom. Positively influenced by the nearby yachting and shipping scene, he chose his ideal career path at the age of ‘ten’ when he decided to become a yacht designer. He studied Industrial Design at the coveted Coventry University and is fortunate to have been chosen by many of the world’s highly revered yacht Design Studios to work on an array of live projects of different sizes, styles and uses, during what he affectionately calls his apprenticeship years. In 1999 Timothy established his independent Design Studio and rapidly became involved in originating a new generation of Super and Megayachts ranging in size from 9-270m (30-886 ft), which gained increasing positive notoriety while exhibiting his work at the Monaco Yacht Show and other prestigious venues. Timothy will see the launch of a 90m Megayacht and a 50m Super Sail yacht later this year and says, “it is very rewarding to breathe life in to these innovative projects which are ultimately positive reflections of each satisfied Owner”. Timothy Saunders Yacht Design LTD continues to evolve and develop multiple iconic custom Super and Megayacht projects for local and international Clients. 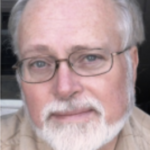 Walt was born in Monterey California shortly after the end of WW II. His father was a bomber pilot in the USAF and continued a life long career in USAF, retiring as a Colonel. Walt grew up in many different countries as the family was reassigned to duty stations overseas. His father retired to the Sarasota Florida area where he had grown up.  Walt developed a passion for motion pictures as an art form and moved to Hollywood California, in his twenties.  He spent most of the 1970’s in the film business. He developed the world’s first virtual set system for the motion picture industry and several other computer based technologies such as non linear computer based editing systems. He has designed and installed broadcast TV stations and private production and post production facilities for  government, commercial and broadcast clients and turn-keyed the engineering with cutting edge technologies, some of which he designed. He managed a broadcast TV station in the Orlando Florida market during the late 1990’s.

In the mid 1980’s Walt began working on alternative fuel systems for cars as a hobby.  By the early 2000’s he was working on Hydrogen extraction from water, electrolysis, and trying to find more efficient ways to get fuel energy from water, than electrolysis could deliver. He soon abandoned electrolysis and created a new proprietary way to capture all of the potential fuel energy in water.  Eventually, he was able to convert water to clean fuel with less than 180 milliamps of input power at 24 volts DC, and run engines entirely on the water fuel, a mix of up to 97.5%  water and just 2.5% gasoline.