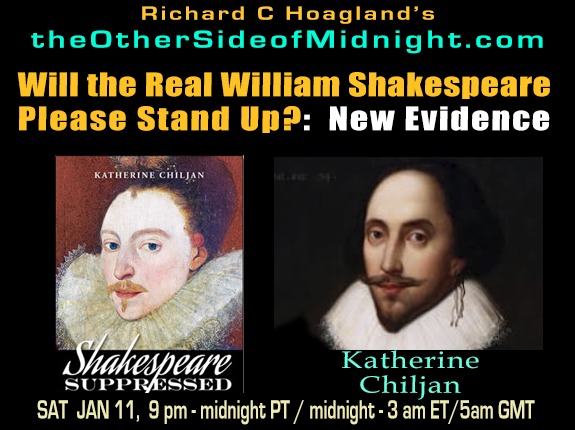 Who was William Shakespeare?

If this sounds like the beginnings of a bad joke or a trick question, it’s not; serious scholars — like my guest tonight, Katherine Chiljan  — have been asking this fundamental question about the true identity of “William Shakespeare, the great Elizabethan playwright,” for the last 400 years!

You see, it’s like this:
Yes, there was a real “William Shakespeare” — who, according to multiple town records, was born, lived in and died in Stratford-upon-Avon, England, in 1607; the problem is, after hundreds of years of subsequent Shakespeare-the-poet-and-playwright scholarship, there’s no DIRECT evidence that Stratford Shakespeare … was Poet Shakespeare!

Looking deeper into this remarkable authorship controversy, one can clearly see from other evidence that, in fact, the association of the Stratford Man with the Great Author, has been a deliberate, carefully planned  HOAX … that’s lasted over 400 years!
WHY?
Join us, tonight … and find out.
Richard C. Hoagland

1.Aliens exist and they are living among us, says first British astronaut into space 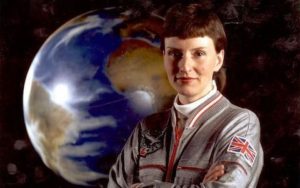 2. ‘What Meghan wants, Meghan gets’: Royal experts on the Sussexes’ decision to quit roles 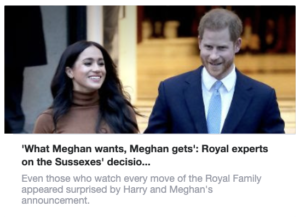 1. Six signatures of William Shakspeare of Stratford, the only known examples of his handwriting. 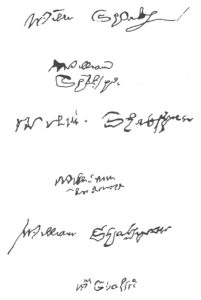 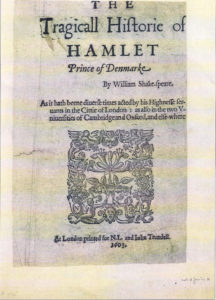 3. Opening pages of the 1623 book of Shakespeare plays, called “The First Folio.” 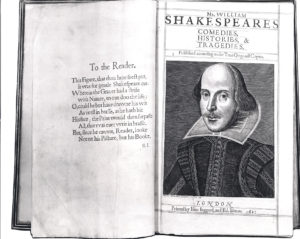 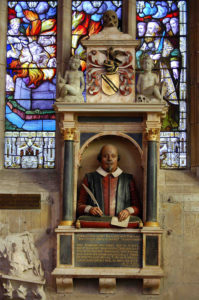 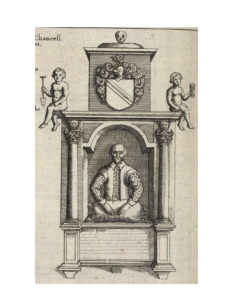 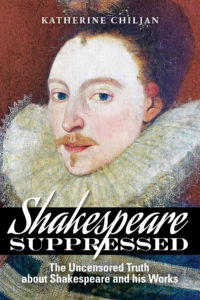 Shakespeare Suppressed: the Uncensored Truth about Shakespeare and his Works – 2nd edition (2016) 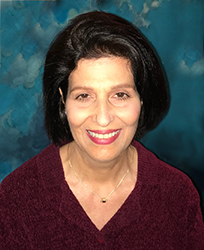