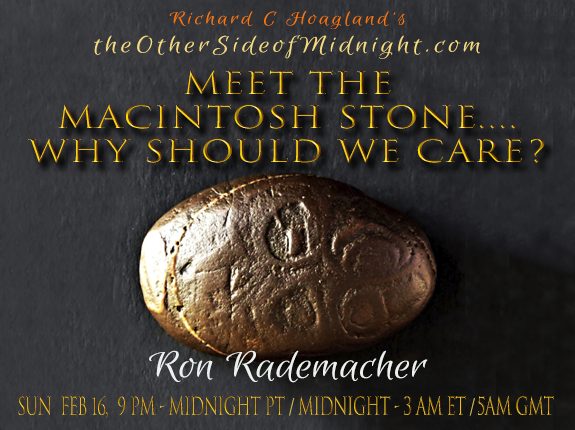 Ok, here’s part of the puzzle of the “Macintosh Stone” ….

One day in the mid-80’s, a mineral collector in northern Michigan named Charlie Macintosh was working a cliff about 50 feet above Lake Superior; as usual, he put the good stones he dug out of the dirt in a bag and, once back home, began giving them a much-needed cleaning, before he began polishing ….

It was covered in tiny “hieroglyphics!”

What was a tiny, ancient-looking “amulet” — a carved stone covered in what appeared to be Middle Eastern “writing” — doing, half-buried — across thousands of years, and an equal number of miles — on the shores of one of the Great Lakes?

Join me, and my guest tonight — travel writer and citizen archaeologist, Ron Rademacher–

1-  Is Political Change Coming To China? 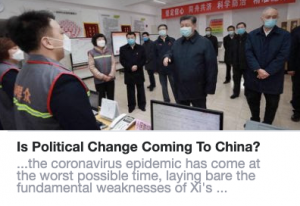 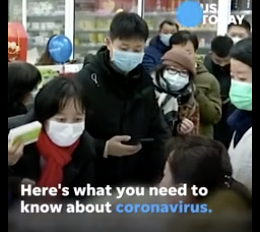 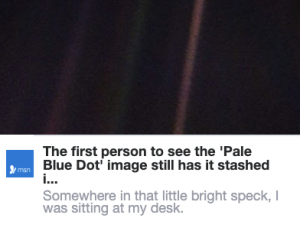 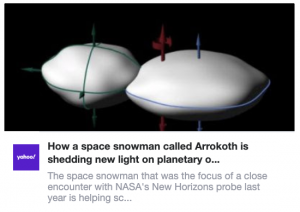 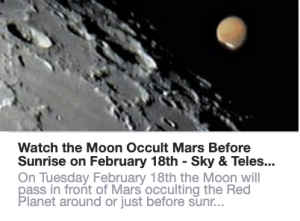 1 – Dime for Scale – shows actual size of the artifact and actual color. 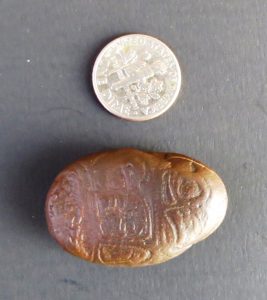 2 – Spider – the way the stone was viewed – spider refers to how the cartouche on the left was interpreted. 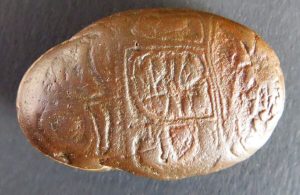 3 – Men – is the same side of the stone as Spider but flipped 180 degrees. This is a high res photo that revealed the human figures. The “spider” turns out to be a man in a seated position. Gray color is a side effect of the high res process. 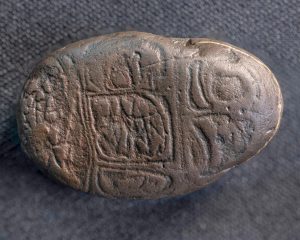 4 – Center Men Detail – shows the hairline and face of the man in the center of #3 Men. 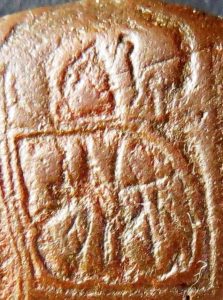 5. Crescent Moon – opposite side of the stone as it was usually viewed, the top cartouche on the right was interpreted as a crescent moon. 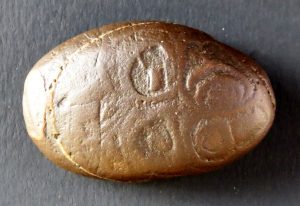 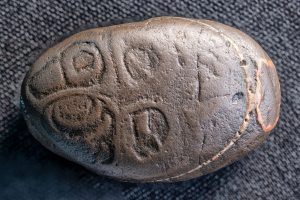 8-  Dr. Barry Fell “To be thrust upon the waters…” (launching an expedition) 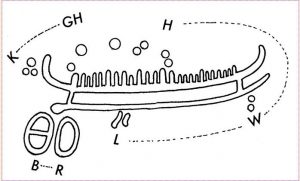 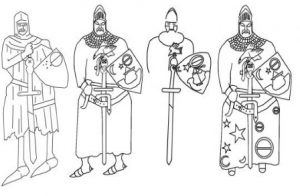 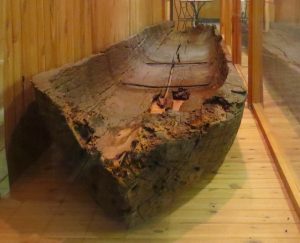 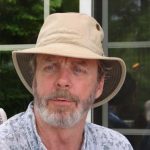 Writing and storytelling is Ron’s 3rd career. He spent 16 years in the fashion industry involved in the design, manufacture and marketing of women’s shoes, bags and accessories. This work took him to all but 4 states in the U.S. and to several countries in Europe and the Orient.

Then came 10 years traveling the arts and crafts fair circuit throughout Michigan, creating and marketing rustic log and twig furniture. From those travels came the idea for Michigan Back Roads.

www.michiganbackroads.com and Ron’s other getaway web sites were visited more than 179,000 times last year. The “Travel in Michigan” Newsletter is published via email on the first of the month. Ron can be heard on 25 radio stations across Michigan each week on the Steve Gruber Show and other programs.