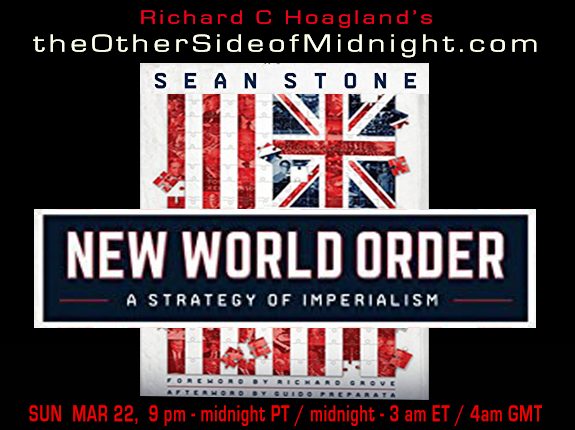 My guest tonight, Sean Stone, as they say–

Sean, following in the footsteps of his famous movie director father, Oliver Stone, has journalistically investigated international conspiracies for decades.

One of Stone’s analyses has focused on the students of William Yandell Elliot, Professor of Politics at Harvard through the first half of the 20th Century; Sean discovered that Dr. Elliot quietly created a virtual “kindergarten” of later (his term) “Anglo-American imperialists” — including such future foreign service “luminaries” as Henry Kissinger, Zbigniew Brzezinski, Samuel P. Huntington and McGeorge Bundy.

Sean’s investigation explored the role of these key individuals in connecting the modern American national-security establishment with Britain’s infamous “Round Table Movement,” designed to ultimately re-incorporate America back into the “British Empire.”

So, what does any of this have to do with the “conspiracy theory of the day” — the current global “corona virus meltdown?”

1-Are we on the same trajectory as Italy in fight against #coronavirus? 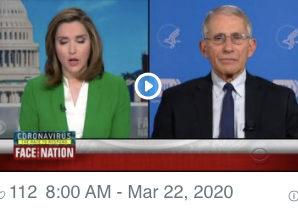 2-Why this Nobel laureate predicts a quicker coronavirus recovery: ‘We’re going to be fine’ 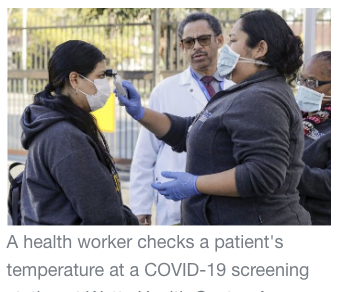 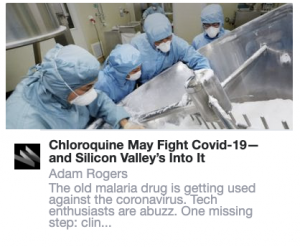 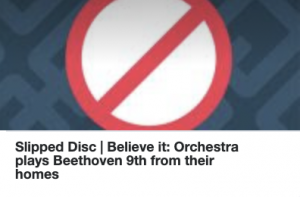 5- We love rescue stories. Why? Because they are acts of humans going above danger to save something. 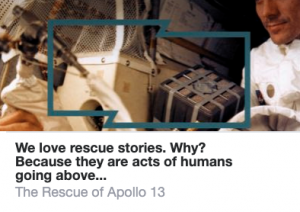 1- New World Order: A Strategy of Imperialism, was published in 2016

A sweeping overview of world affairs and, especially having come across the name of William Yandell Elliott, Professor of Politics at Harvard through the first half of the 20th century. Sean found that Elliott had created a kindergarten of Anglo-American imperialists amongst his students, who included Henry Kissinger, Zbigniew Brzezinski, Samuel P. Huntington, and McGeorge Bundy. Upon further investigation, Sean came to understand Elliott’s own integral role, connecting the modern national-security establishment with the British Round Table Movement’s design to re-incorporate America into the British ‘empire’. Whether that goal was achieved will be left to the reader to decide. However, it cannot be denied that W.Y. Elliott’s life and intellectual history serves to demonstrate the interlocking relationship between academia, government, and big business. 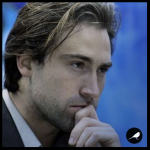 Actor and filmmaker Sean Stone shared his thoughts on the New World Order, the JFK assassination, and his upcoming documentary "Century of War." He noted how the expansion of the conspiracy movement seems to have coincided with the growth of the Internet, as more information has become readily available to people.

Regarding secret societies like the Bilderburgers, computer hacking and hidden camera recordings may be a way to expose their hidden agenda, and corruption, he suggested. "I don't know that 9-11 is ever going to be tackled and solved from a court perspective but if we could just...chip away at the deep state and its operational ability, how things are actually run...[and] the financial element is so key to this whole thing," he added.

His documentary, Century of War (airing on RT America starting November 15th [2016]) looks at the "financialization" of the US economy and how the banks have taken over and strangled the system by putting people into a kind of "debt slavery." The film includes the work of author William Engdahl, who has cited how "petrodollar" warfare (oil and resource wars) has driven a lot of America's conflicts. The US continues to militarize in order to expand its reach of oil and other resources instead of putting money into peacetime industries, Stone remarked.