.We Apologize and Regret that due to high winds
Richard’s power is off.

We are offering this classic tonight.

“For we wrestle not against flesh and blood, but against principalities, against powers, against the rulers of the darkness of this world, against spiritual wickedness in high places ….”

It has been our model for some time — since we first saw the possible “orbital entry maps” for Covid-19, from astrobiologist Chandra Wickramasinghe — that we could be engaged in, not just an unprecedented planetary medical fight and physical “lockdown” … but, an otherwise invisible and never-to-be-admitted-to–

Hasn’t the President himself declared, repeatedly, that he’s “a wartime president?” And said–

“To this day, nobody has ever seen [anything] like it … what they were able to do during World War II. Now, it’s our time. We must sacrifice together, because we are all in this together, and we will come through together. It’s the invisible enemy …

What if, this time, President Donald J. Trump … is telling us precisely the “Dickinsonian” Truth?!

Join us — as tonight, Robert Stanley and I discuss “unseen principalities … in high places ….” 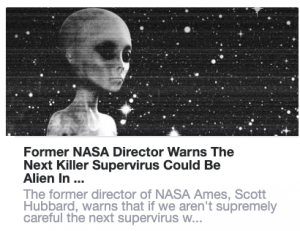 2.  Scientist Claims Coronavirus Was Brought To Earth By A Meteorite That Hit China In 2019 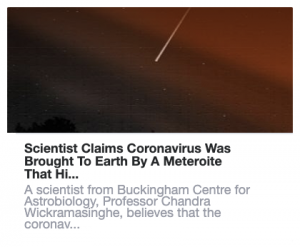 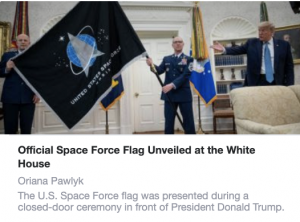 4. US military’s mystery space plane rockets back into orbit. 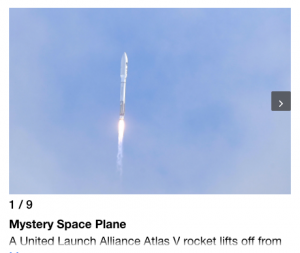 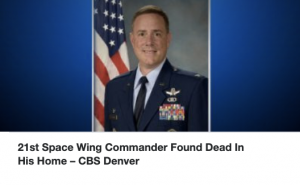 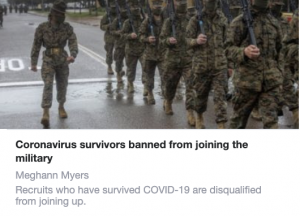 8.  Trump Hijacked the Iconic ‘Independence Day’ Speech, and Bill Pullman Does Not Approve 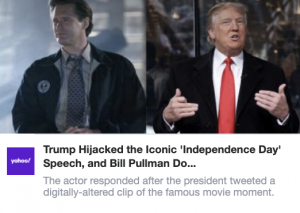 ANALYSIS OF THE ANGELS’ AGENDA

Is there really an ongoing war on Earth between the Angels of Light and the Fallen Angels?

If the answer is yes, mankind must be brave and ask the following:

WHO ARE THE FALLEN ANGELS?
WHY ARE THEY HERE ON EARTH?
WHEN WILL THEY ALL BE REMOVED?
HOW IS THIS EFFECTING ALL LIFE HERE?

According to angelologist Robert Stanley it is time for humankind to request assistance from the divine angels of light in dealing with the profane fallen angels of darkness and their minions, the Nephilim, etc.

4. Here is a review of an amazing new novel, called ANGELOLGY, exploring the exploits of the Fallen Angels and their minions on Earth:
https://www.npr.org/templates/story/story.php?storyId=124547082

5. Enoch and the Nephilim:
https://www.bibliotecapleyades.net/bb/enoch.htm#top

8. The Muslims call them the Djinn…  (Click on Image to Enlarge)

9. Origins of Satanic NWO Corruption  (Click on Image to Enlarge) 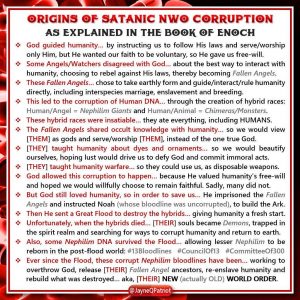