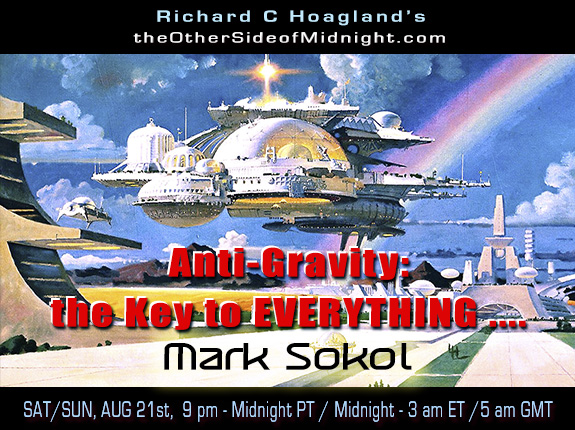 The dream of true “anti-gravity” — the technological manipulation of the Earth’s gravitational field for vehicle propulsion anywhere on Earth, if not flight times across the solar system measured not in “years” or “months” … but in mere days — has been the Holy Grail of science for over a hundred years.

Now, with the Pentagon release of official US Navy videos — repeatedly showing vehicles diving from over 80,000 feet, to a full hover just above the ocean’s surface, all in less than a second! — the ability of “someone” to understand and ultimately control “gravity and inertia” has become obvious.

My guest tonight, civilian scientist Mark Sokol, has been trying to crack “the secret of manipulating gravity” for many years, via a variety of diverse technological experiments.

Mark will not only detail his continuing efforts to harness “the Ultimate Power in the Universe,” he will also venture predictions regarding how eventual terrestrial control of gravity will inevitably revolutionize almost all aspects of life on Earth … if not beyond. 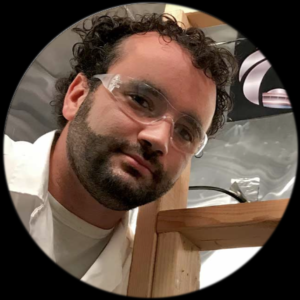 Mark Sokol is a self-taught physicist and engineer with a knack for out of the box thinking. In 2011 He started a company refurbishing hybrid batteries and designed and built the equipment to do so himself. This hands-on approach with electricity coupled with the realization that UFOs were real interstellar spacecraft, inspired him to investigate advanced propulsion and the conversion of his machine shop into a high-power Anti-Gravity research facility.

He also founded APEC , the Alternative Propulsion Engineering Conference. An online zoom based conference where Engineers and Physics meet to discuss advanced propulsion concepts on a bi-weekly basis.

3. Making Electrets for Antigravity and other Experiments