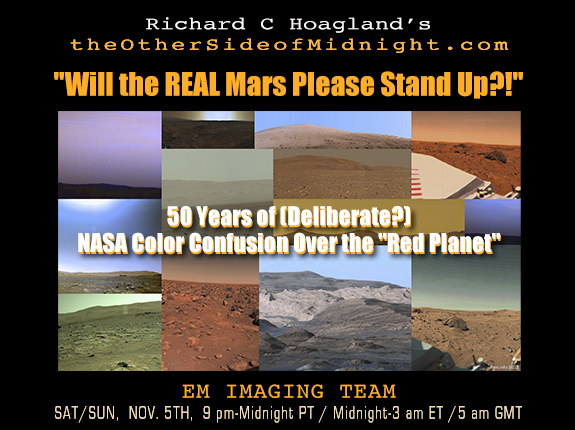 “Will the REAL Mars Please Stand Up?!”
50 Years of (Deliberate?) NASA Color Confusion Over the “Red Planet”

“Why” has NASA been lying about an ENTIRE PLANET — the planet Mars — for almost 60 years?

Publicly … brazenly — getting away with it!?

And, no, I’m not talking about the Agency’s deliberate, relentless POLITICAL suppression of the existence of now clearly provable “ancient Martian ruins” … discovered all across “the Red Planet,” with every additional US taxpayer mission … across those same intervening years …..

I’m talking about NASA’s systematic — systematically “scientific” — bold-faced LIE … about the entire Existence and Reality of “the Red Planet” itself!

A lie embodied in its very “nickname”–

A lie that became “set in concrete” — both publicly and (somehow!) scientifically — with the first COLOR Martian image, returned from the surface of Mars by the historic Viking lander, in the pre-dawn hours (Earth Time) of July 21, 1976–

And then … the sudden, stunning, “scientific” transformation of that initial Viking “blue-sky,” Earth-like Martian image–

The Beginnings of an official cover-up of “the REAL … the ‘Earth-like Mars'” … that Viking actually landed on; NASA’s outrageous, systematic, ~60-year-long cover-up of AN ENTIRE PLANET … that continues to this very night! 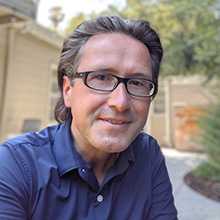 
Holger has done system operation and consulting around Java-based enterprise applications since 1999 in Germany and moved in 2016 to Silicon Valley, now solving customer problems at a company specialized on providing high performance Java VMs. In his spare time he is applying software engineering skills on public data provided by Mars spaceflight missions. 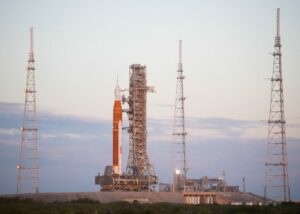 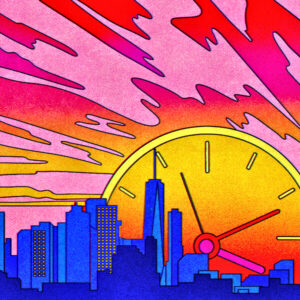 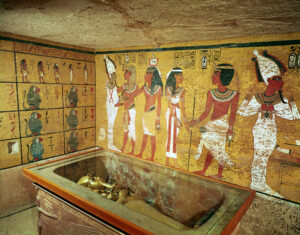 The Enterprise Mission – Revealing the True Colors of NASA 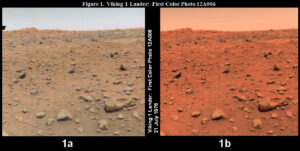 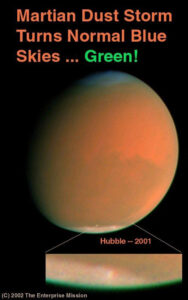 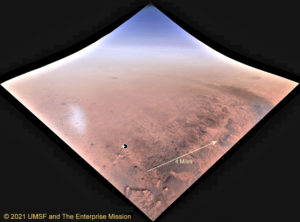 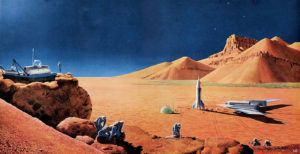 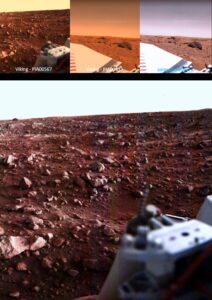 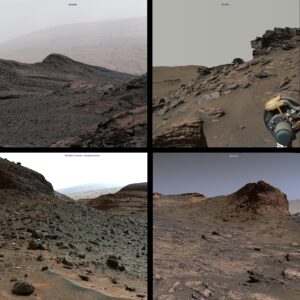 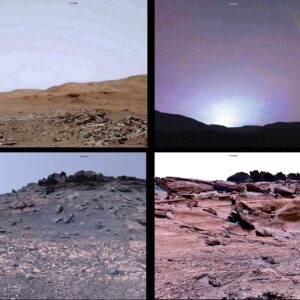 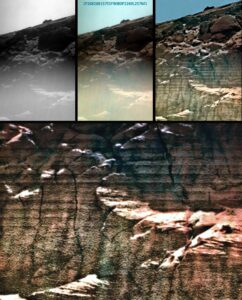 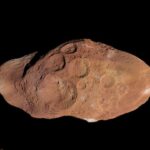