Author Archives: Other Side of Midnight Production Team

Home »  Author: Other Side of Midnight Production Team 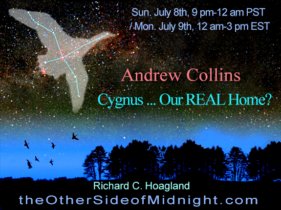 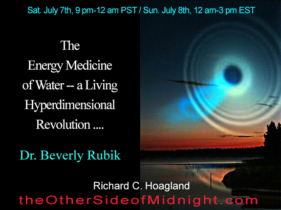 We’ve talked a lot about “the Physics” on past shows; tonight, we’re going to focus on the quiet medical revolution currently taking place regarding “the Physics” — and the use of its Directed Energy “to heal ….”   My guest tonight, Dr. Beverley Rubik, has been exploring this extraordinary field of “bio-energy” for decades, conducting multiple experiments with professed “healers” from around the world — those rare individuals who seem to be able to consciously manipulate within themselves this “bio-field” for the successful resolution of a broad spectrum of medical infirmities, in a wide variety of patients they have healed.   Beverly also has spent decades developing controlled laboratory experiments for the detection and characterization of this mysterious “bio-energy,” seeking to prove not only its reality, but its fundamental application to properly identifying and remedying the basic causes of “disease” ….   Join us — as we explore […] 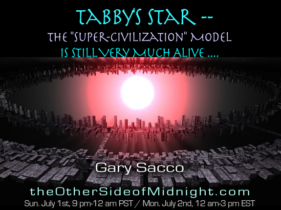 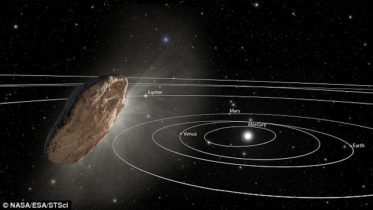 Show Items Richard’s Items: 1-Harlan Ellison wrote Star Trek’s greatest episode. He hated it.         2- The Passing of Brad Steiger         3- Hawaii volcano: Growing crater knocks out GPS station, may devour museum at summit   4-  Hayabusa-2     5- Ryugu-Hayabusa2-enhanced-rotated-June-26   Click to Enlarge     6- Japan’s Hayabusa 2 space probe snuggles up to odd-looking asteroid     7- The first interstellar immigrant to our solar system got a mysterious speed boost as it passed by, NASA reveals     8- DePalma’s Spinning Ball Dr. Joseph P. Farrell’s Items: Website: THE GIZA DEATH STAR Born and raised in Sioux Falls, South Dakota, Joseph P. Farrell has a doctorate in patristics from the University of Oxford, and pursues research in physics, alternative history and science, and “strange stuff”. His book The Giza DeathStar was published in the spring of 2002, and was his first […] 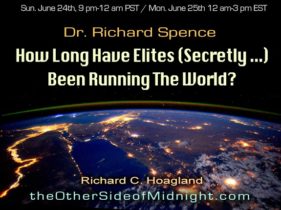 For 99 years, an overt system of “elites” kept the peace in Europe — from 1815 to 1914. The collapse of this so-called “Congress System” (named for the infamous “Congress of Vienna” in 1814) — with the breakout of the Crimean War in 1914 between Russia, the Ottoman Empire, France and Britain — led inexorably to World War I, in 1917 … and then to an even more catastrophic World War II, in 1939. Did this tragic collapse of “transnational control of world affairs” in the last century argue for such a “behind-the-scenes international system of controls on nations” … or against? My guest tonight, historian Dr. Richard Spence, will attempt to answer this increasingly relevant 21st Century question — against the backdrop of President Recep Erdogan’s apparent re-election tonight in Turkey, in his drive to reconstitute “a 21st Century Ottoman Empire,” and President Donald Trump’s apparent agreement with Russia’s President Vladimir Putin, that a new […]