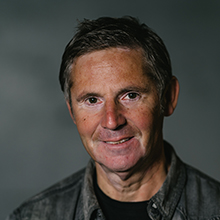 As a political blogger, his articles on Canadian politics have been widely read, with over one million clicks per year. CAP focuses on the tyranny of the Liberal government of Canada. Covering controversial topics such as politics, religion, abortion and assisted dying, CAP works to expose Prime Minister Justin Trudeau for what he is: a communist leader within a democratic society.

Brad’s goal is to expose this reality to as many Canadians as possible, in addition to citizens of the United States, Britain and other western democracies.