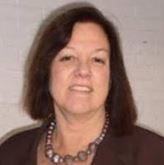 Attorney Charlotte Dennett is a Board Member of the Lawyers’ Committee for 9/11 Inquiry and an acclaimed Investigative journalist identified by Time magazine as “an expert in resources-based politics”. Her most recent book Follow The Pipelines: Uncovering the Mystery of a Lost Spy and the Deadly Politics of the Great Game for Oil [cover below] investigates her father’s mysterious death in 1947 following his top secret mission to Saudi Arabia to determine the route for the Trans-Arabian Pipeline and is based in part on declassified documents from lawsuits against the CIA. It reveals how feverish competition among intelligence networks, the military and Big Oil interests have fueled indiscriminate attacks and targeted killings that continue to this day and have contributed to the endless wars plaguing the Middle East. Ms. Dennett is also the author of The People v. Bush: One Lawyer’s Campaign to Bring the President to Justice on her campaign for Attorney General of Vermont on a pledge if elected to prosecute President George W. Bush for sending U.S. troops to Iraq based on a lie; The Conquest of the Amazon: Nelson Rockefeller and Evangelism in the Age of Oil co-authored with Gerard Colby; and The Crash of Flight 3804: A Lost Spy, A Daughter’s Quest, and the Deadly Politics of the Great Game for Oil. As a Gold Star Daughter, Charlotte identifies with the 9/11 families and is determined to uncover the full truth about and gain true accountability for the events of Sept. 11th.