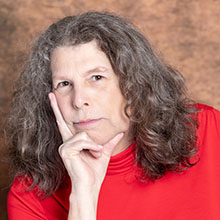 Cheryl grew up in Corning, New York, leaving to join the Air Force, and then the Navy.  She had a five year career as an industrial film maker for IBM, and eventually a long career working for Lock Heed Martin as an information security analyst and investigator (she hunted hackers).  She also had several radio shows, a cable tv show, and wrote plays and performed at local theaters.  She is a published mystery writer as well as author of several UFO books. As a journalist, Cheryl wrote the wildly popular UFO column “New York Skies” for SyracuseNewTimes.com(2013-2019). She was awarded “Researcher of the Year-2018”