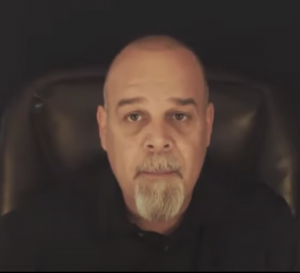 Christopher James is a man specializing in Common Law. His journey began nearly 40 years ago and led to a diverse background. Going into college he was drawn to the entertainment industry and graduated with a degree in recording. Christopher then moved on to work with the top recording studios around the world which was a natural fit for him as a writer, producer, engineer, who played drums and piano; thus he could bring multiple talents into the recording studio process. After that, he moved on into Construction becoming a General Contractor after 4 years.

In 1999, with the growth of the internet, Christopher realized there was an incredible opportunity for the music industry. In 2003, he began what he thought was his life’s work, a 1.5 billion dollar initiative to surpass Google and Youtube, it was to launch in 10 countries and there is nothing like it out there today. With Microsoft and Cisco partnering with him, this brought him to delve deeply into the world of global finance. In 2004, he realized his vision would never come to fruition when he came face to face with the Federal Reserve and how the monetary system works and why he was getting push-back from the prime minister’s office, even tho all the offices under him were going crazy for this initiative to launch. The tragedy is that this destroyed his family financially who had invested in the project. The sharks bankrupted him and his family.

To survive he went into commercial lending where he saw first-hand the massive fraud perpetrated on the elderly by going after their pensions. As a result, he began working with all levels of law enforcement in Canada. In 2010, Christopher’s father brought him a $240,000 class-action lawsuit based on Christopher’s work. The case sabotaged and all the work Christopher did led him to learn the difference between Legal and Lawful. Ultimately, he made a promise to his father to pursue the truth and hold the people accountable.