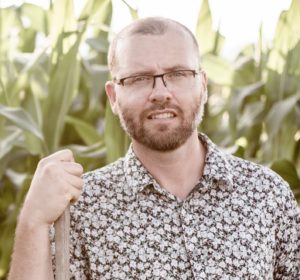 Curtis Stone is a farmer, author, content creator and entrepreneur. First gaining international recognition for the success of his urban farm Green City Acres in 2010. Curtis has since expanded into publishing, YouTube, online entrepreneurship, and tools manufacturing. His seminal book, The Urban Farmer has been an Amazon bestseller since it was released in 2016 and with the growth of his YouTube channel, has published two online courses, launched a tools company called Paper Pot Co based out of California, and now primarily publishes weekly videos to his website Fromthefield.tv. Curtis resides in Kelowna, BC, Canada with his wife and two children.