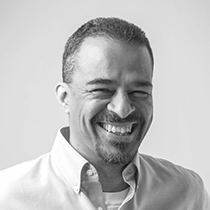 David Livingstone is an independent researcher, and his book represents the culmination of nearly 30 years of research. When he attended the Liberal Arts College of Concordia University in Montreal, he read William H. McNeil’s The History of Western Civilization, which mentioned the appearance of the so-called “Indo-Europeans,” who emerged suddenly out of the Caucasus and conquered the known parts of the world. The story seemed strange to him. Most nations emerged gradually when they turned to agriculture. These Indo-Europeans had no prior presence in history and burst out of nowhere, and supposedly mastered the chariot, though they came from a mountainous region.

As David investigated further, he discovered that the “Indo-Europeans” was the politically-correct term for the Aryan race. And their existence was merely a theory, which was shaped through the influence of the occult, particularly Bible legends of the “Sons of God” and of Atlantis. he learned that these ideas derived from the influence of Freemasonry, and also the notorious Illuminati.

However, for the most part, mainstream historians have shied away from investigating what they consider a field rife with cranks and “conspiracy theory.” These societies typically claimed a fantastic pedigree about themselves, stretching far back into ancient times, and involving history’s most famous figures and epochs. While some of these assertions might sound outlandish, they were often nevertheless based in an element of truth. Therefore David set out to find out the truth about their origin and influence.

The result is a fascinating version of history, which reveals a completely different pattern and significance than has otherwise been taught by mainstream historians. In fact, McNeill’s “history” is propaganda, associated with a project from the University of Chicago, funded by the Rockefeller Foundation, which is known as the “Western Civilizations Course.” It represents a eurocentric version of history inspired by the philosophy of Hegel. Interestingly, the one proof of Hegel’s affiliation with the Illuminati was his mention of the Owl of Minerva, the society’s symbol, which is also the logo of the Liberal Arts College.

Rather, the so-called history of “Western Civilization” as it is taught is inspired by the Kabbalah, which teaches history as an unfolding divine plan, where God is a man who comes to know himself. Supposedly, man’s intellectual development begins in Greece, with the emergence of philosophy, supposedly the first rejection of God, and the first attempt at the independent use of “reason.” In reality, Greek philosophy represented the first important development of the Kabbalistic tradition, which forms the bedrock of the Western occult tradition, which shaped most of the key events of Western history, from the Crusades to the Renaissance and finally the Enlightenment, which shaped our modern era.