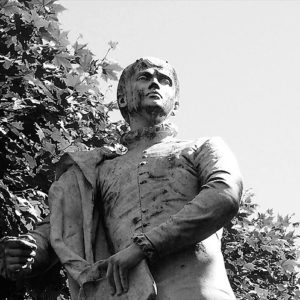 Co-Founder and Executive Director
of The Art of Liberty Foundation

Mr. Etienne De La Boetie2 is the founder of a start-up public policy organization: The Art of Liberty Foundation that is developing voluntary and free-market solutions to social issues while exposing the illegitimacy and criminality of “government”, and the hidden curriculum of organized crime’s mandatory government schools, scouting programs, and police/military “training”: The pseudo-religion of Statism, obedience, fealty, “order-following” and tax slavery. Mr. Boetie is the author of “Government” – The Biggest Scam in History… Exposed! and its companion media: The Liberator – A viral flash drive, Dropbox, and/or Data DVD full of liberty resources that both expose organized crime’s control system and provides the healthy alternatives of voluntaryism, freedom, love, tolerance, agorism, counter-economics, and crypto-currencies. The physical book and the flash drive are specifically designed for hand-to-hand distribution to get around organized crime’s “propaganda matrix” of six monopoly media companies running hundreds of subsidiaries and ~ two dozen internet search, social media, and video sites that offer the illusion of choice and diversity of opinion on the DARPA Internet.

Mr. Boetie² is a misplaced Texan who splits his time between New Hampshire, as part of the Free State Project and Pre-State Project, and Arizona where he stands ready to help federal, state, and local law enforcement understand the people and organizations behind organized crime’s control of the government and media.