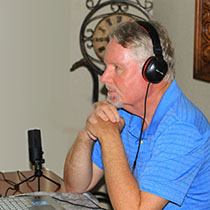 Gerald Eastwood was born in Louisville and attended a Midwestern University, where he obtained a degree in mathematics. At the University, he became interested in Astronomy as a hobby and took all available courses. As another pastime in college he obtained a commercial pilot’s license.


His interests and background in science led him to pursue the most powerful story of our time – UFOs and the mystery behind them. Bringing together his natural research and writing talents, he produced a trilogy of books on the Deep State. Realizing the impact of how Intelligence Agencies actually operate, this led him to formulate the plan to write Beyond the Pentagon UFO Report, in which he analyzes government documents and private cases to support the assertion that the government knows far more than they claim regarding the UFO topic.