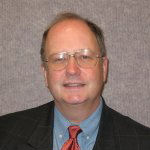 Dr. John E. Brandenburg is a theoretical plasma physicist who was born in Rochester Minnesota, and grew up in Medford Oregon. He obtained his BA in Physics, with a Mathematics minor, from Southern Oregon University in 1975 and obtained his MS in 1977 and PhD in Plasma Physics both from University of California at Davis in 1981. He presently is working as a consultant at Morningstar Applied Physics LLC and a part-time instructor of Astronomy, Physics and Mathematics Madison College and other learning institutions in Madison Wisconsin.