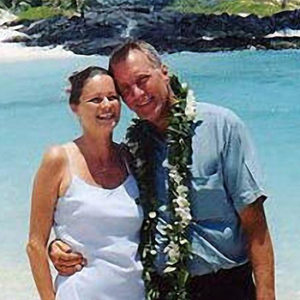 Joseph Gill was born on March 2, 1949 in Portland, Oregon and spent the first 20 years of his life in Vancouver, Washington; just across the Columbia River from Portland. His mother, Trudi ‘Osborne’ Gill, was an avid traveler so every summer from 1960 – 1969, he would go with her overseas. They traveled all through Japan, the Philippines, Thailand, Taiwan, and the rest of SE Asia. Then they went to every country in Central and South America, followed by West and North Africa. They continued on to almost every country in Europe. He never met any other travelers in these early days and the world was completely different to what it is as they travel today. While visiting 65 or 70 countries, he noticed jewelry stores and thought to maybe go in that business so he could continue traveling as an adult.

His father, Dr. Joseph Howland Gill, MD, an Orthopedic Surgeon in private practice and a senior professor at the University of Oregon Medical School was always interested in learning new things. He took a course in geology and asked Joseph to go sit in on his classes and that became the first love for him. Joseph went to The Oregon Museum of Science and Industry, OMSI for 3 weeks at Camp Hancock in eastern Oregon during 2 summer sessions, where he studied geology. He graduated with a B.Sc. in 1970 from Portland State University in both Geology and Physical Geography. Then he took a job for one year at Fox’s Gem Shop, a fine jewelry store in Seattle.

Joseph started the GIA home courses while in Seattle and that is when he started a mad passion for collecting all books and publications in English on every aspect of gems and jewelry. He then moved from Seattle to Denver in 1972 where he took some graduate courses in geology at Colorado School of Mines. Joseph was doing a lot of research at the US Geological Survey nearby and there learned about the Gemological Association of Great Britain and its very coveted degree F.G.A.. Usually, it is a 2-year intense course, where one in five people who take the exams manage to pass. Because of his geology background, he talked them into letting him take only the second year and challenging the first year exam without taking the actual course and they said OK. So he took the GIA final exams and the two British exams over a consecutive three days, at the USGS Library with a professor acting as proctor. He received his GIA “Gemologist” degree dated Aug. 23, 1973 and his British degree “Fellow of the Gemmological Association of Great Britain” or F.G.A. dated Nov.19, 1973. Later in 1975 the American Gem Society AGS gave Joseph the “Certified Gemologist” degree.