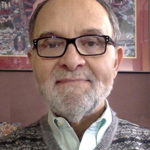 Ken James is a diplomate Jungian psychoanalyst in private practice in Chicago, and the founder and director of The Soulwork Center, a Jungian-oriented resource center dedicated to facilitating the process of individuation as understood by the psychiatrist and philosopher C.G. Jung.

Dr. James is also the Director of Student Services at the University of Chicago Laboratory Schools, where he coordinates all services for students with learning, emotional and behavioral needs from ages 3 years through senior year of high school.

In addition to his psychoanalytic practice, he holds the rank of professor emeritus after a thirty-three year career as a university professor. Ken received his Ph.D. from Northwestern University in 1975, and his diploma in Analytical Psychology from the C.G. Jung Institute of Chicago in 1993. Ken did training in The Bonny Method of Guided Imagery and Music at the Institute for Consciousness and Music in Baltimore, Maryland in the late 1970s. He also did four years of post-doctoral study in theology and scripture at Catholic Theological Union in Chicago’s Hyde Park neighborhood in the early 1980s, and ended up teaching preaching there for a time.

He studied vocal music at the American Conservatory of Music, and appeared at Zanie’s Comedy Club, Court Theatre, and The Repertory Opera Theatre of Oak Park. He also performed flamenco with the Ensemble Español, under the stage name Francisco Santos. He has served on the faculty at Roosevelt University, Northeastern Illinois University, and Northwestern University. He has lectured and conducted workshops internationally on Divination and Synchronicity, Dream Interpretation, and The Tarot and its relationship to Jung’s psychology.

Ken’s spirituality draws from several sources. He was raised Roman Catholic, but in a “mixed home”—his father was Episcopalian. As he matured, his Catholicism was formed more fully by the Trappists, St. Francis and St. Clare of Assisi, and the Sisters of Saint Agnes. As a child he would go with neighborhood friends to the Chicago Buddhist Temple, which at the time was around the corner from his home, and down the street from the Catholic church he attended with his family.

He took lay ordination as a Zen Buddhist in 1995 under Roshi Richard Langlois of the Zen Buddhist Temple of Chicago. Ken also became familiar with Judaism by attending services occasionally with his godfather’s wife, who was Jewish. Later, he studied the Kabbalah with the Lubavitcher Rabbi Meir Chai Benhiyoun of the Chabad of the Loop, Gold Coast and Lincoln Park.

Coming from a Scottish family (on his father’s side) with several talented psychics going back several generations, Ken has always been comfortable with the intuitive dimension. He realized that Carl Jung’s teachings on the structure and dynamics of the psyche provided grounding and clarity on a personal level, and deep professional fulfillment as well. Always eager to learn new things and walk new paths, around ten years ago Ken found his way to the oldest spiritualist church in Chicago, The Church of the Spirit, where he now serves as an assistant pastor and medium.

Ken’s interest in near-death experiences stems from his practice. Over the past twenty-five years, he has worked with several analysands who were experiencers before they began analysis, and other analysands had near-death experiences during the time that they were doing their analytic work with him. Ken finds that Jung’s psychology lends itself to a deeper understanding of near-death phenomena, possibly because of Jung’s own near-death event. Ken is particularly interested in the relationship between near-death experiences, spirituality, Jung’s archetypes of the collective unconscious, and the practice of consciousness in daily life.