Kristina Borjesson, Lawyers’ Committee Director of Investigations and Board Co-Chair , 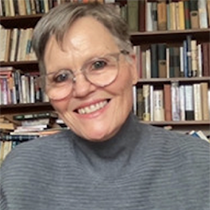 Emmy award-winning investigative journalist and documentary film director and producer Kristina Borjesson has joined our Lawyers’ Committee for 9/11 Inquiry Board of Directors and also serves as Director of Investigations and Board Co-Chair. Kristina comes to the Lawyers’ Committee after many years working for major television networks including CBS, CNN and PBS, and having directed and produced the acclaimed independent documentary film “TWA Flight 800”. Her awards include an Emmy for investigative reporting; two Emmy nominations; the Edward R. Murrow Award; two Independent Publishers Book Awards (Gold Medals;) and a Progressive Radio Network (PRN) Award for Outstanding Programming and Investigative Reporting. Kristina was recently honored by the Americans Who Tell The Truth Project as one of a select group of “citizens who courageously address issues of social, environmental, and economic fairness.” Kristina also produces and hosts the online program “Whistleblower Newsroom”. We are delighted to have an investigator of Kristina Borjesson’s outstanding credentials and experience join our Board. The Lawyers’ Committee is also partnering with Kristina and Richard Gage on the upcoming cutting-edge documentary Film series ‘9/11: From Crime Scene to Courtroom’