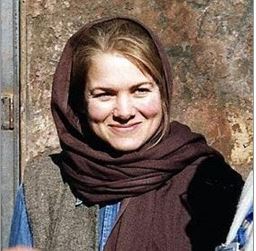 Dr. Lucy Morgan Edwards, Ph.D., worked on urban renewal projects in Kandahar and Herat, Afghanistan, for seven years at the height of the Taliban regime and remained in country for the first five years of the US-led intervention with agencies including the World Food Programme, Asia Foundation, UNAMA, International Crisis Group and as a freelance journalist for the Economist and London Daily Telegraph. Dr. Morgan Edwards has served as Political Advisor to the European Union Ambassador in Kabul, Afghanistan with responsibility for Security Sector Reform, Narcotics, and NATO PRT’s, and as Country Expert for the Chief Observer of the EU Electoral Observation Team overseeing the 2005 Parliamentary Elections. Her book The Afghan Solution: The Inside Story of Abdul Haq, The CIA and How Western Hubris Lost Afghanistan charts her first-hand experience of the failures of the post-9/11 intervention and investigates the indigenous Peace Plan for toppling the Taliban put together by renowned anti-Soviet era Afghan Commander Abdul Haq but fatally ignored by the West. Dr. Morgan Edwards’ doctoral research focused on how ‘Western Support to Afghan Warlords Between 2001 and 2014’ failed to take into account local concepts of legitimacy thus undermining peace and stability in the country. She has published and lectured widely on these issues at universities and think tanks in the US and Europe.