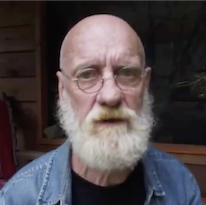 Max Igan is an Australian Activist who currently lives in New South Wales, Australia. At his core…he is an ARTIST – both musical and visual, adept in Photoshop, Bryce and a few other 3D programs.

Ultimately, his broad experience of humanity makes him uniquely capable of fresh insights with far-reaching implications.

In his many videos, He brings his powerful vision to lay bare the hidden crimes of the Globalists. Both his intellect and his tongue are sharp and those who seek Freedom are strengthen by his powerful observations that he shares in his videos which can be found on Freedom platforms such as Bitchute, Rumble and many others.

Though he traveled the world as a musician, interacting with all variations of humanity, his nature remains solitary and reflective. His worldly travels opened his awareness to a broad spectrum of perspectives which enable him to delve deep with an insightful vision into topics and ideas too often overlooked.

As a devoted father, he took up playing with his son the internet game, “Enemy Territory.” This lead to him and his son joining a ‘clan’ which is comprised of players from around the world. many who have become some of his dearest friends be they 14 or 50.

Ultimately, his broad experience of humanity makes him uniquely capable of fresh insights with far-reaching implications.

“A traveling musician lives more on the “outside of society” than within its confines but because of that, and because of the music, a musician is able to meet, and interact, with a great many people from all walks of life and a great many countries, cultures and classes that many other people are not. This gives them a unique perspective. If they are astute, take advantage of such situations and learn from such interaction, they are able to gain a valuable insight and understanding of many facettes of human kind and many things that remain unseen and unknown to most other people.”   –  Max Igan