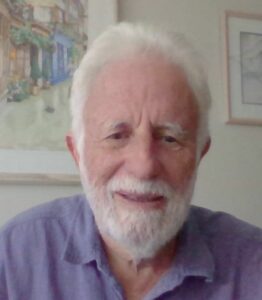 Ray Tomes studied math and physics at university and went into computer software development, specializing in system software and investments. It was through investments and trying to predict economic conditions that he found that there were cycles and began to investigate them. It led to fascinating discoveries.
Iin the late 1980s he heard about the Foundation for the Study of Cycles (FSC) and visited them in 1989, speaking at their conference about “Towards a Unified Theory of Cycles”. Spending a week in the FSC library before the conference he found that much of the path he had traveled down had been visited before by Edward R Dewey and others. Dewey confirmed what Ray had found and had many more areas of study with similar interesting content.
He then retired at age 42 to study cycles and “The Formula for the Universe” full time. Over the next several years the Harmonics Theory became fully formed and Ray has spoken about it around the world. He started Cycles Research Institute when FSC failed in 1998 and developed CATS (Cycles Analysis and Timeseries Software). Later FSC restarted and CRI joined with them, and Ray was appointed as science director.