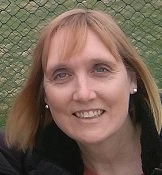 Susan Bradford is an author and investigative journalist who serves the public interest. Susan holds a BA in English from UC Irvine and an MA in International Relations from the University of Essex. During her postgraduate matriculation, she founded the European Review, the departmental publication for the Centre for European Studies at Essex University in which she solicited, edited, and published contributions from leading heads of state on European integration and the Atlantic Alliance. As Editor, she covered the Council of Europe Summit in Madrid, which launched the euro; the Britain in the World conference, and an anti-NATO debate in the Russian state Duma. She also served as Senior Research Fellow for the Atlantic Council of the UK and as Essex representative on the NATO Universities Advisory Committee.

Susan has worn many hats within the field of communications, for example
as speechwriter for UK Shadow Foreign Secretary Michael Howard; speechwriter for Korean Ambassador Sung Chul Yang; producer for Fox New Channel; news writer for KNX (CBS) news; and assignments editor for the Voice of America. Susan’s most recent books are Royal Blood Lies and Tartar Treachery, which reveal the illegitimacy surrounding the nation’s ruling families along with centuries-old Vatican-China collaborations.