1. Can This Campaign Be Saved? GOP Scrambles To ‘Reset’ Trump.

5. Moon Express Becomes First Private Company To Get US Approval For Lunar Mission 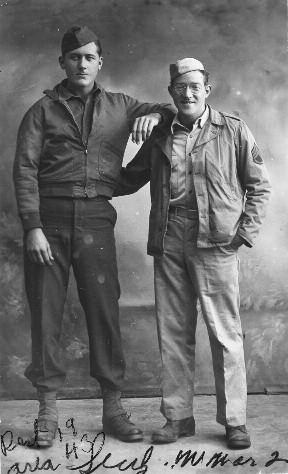 2. Frank Sheeran (left) with war buddy Alex Siegel one month before Siegel was
killed in action during the Salerno invasion 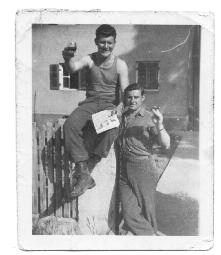 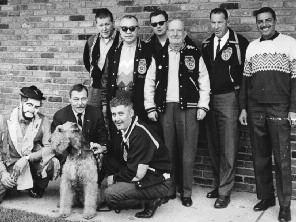 4. Sheeran (upper left) with fellow Teamsters organizers at his first job in Detroit 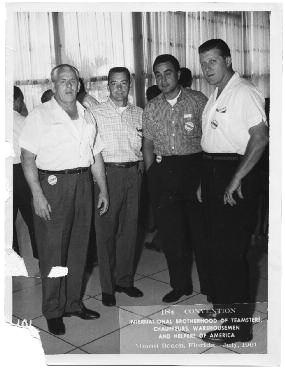 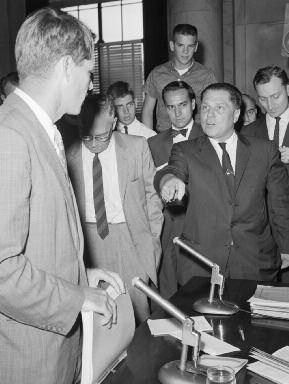 6. Jimmy Hoffa squaring off against archenemy Bobby Kennedy at a meeting of the
Labor Racket Committee in 1958 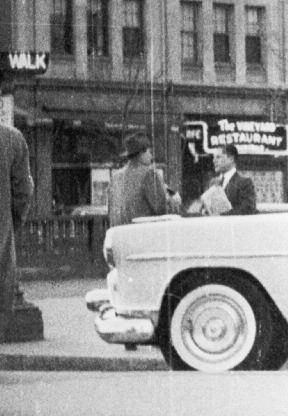 8. Title page of U.S. Attorney Rudy Giuliani’s RICO suit against the mob, naming
Sheeran as one of only two non-Italians on the Commission of
La Cosa Nostra.

9. The first page of
Nixon’s presidential
pardon of Hoffa

11. Frank Sheeran: “I’ll be a Hoffa man ’til they pat my face with a shovel and steal
my cufflinks.” Sheeran’s cufflinks were a gift from Russell Bufalino. 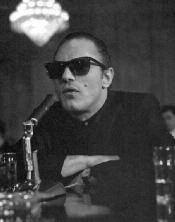 14. “Crazy Joey” Gallo takes the 5th at a Senate
hearing in answer to Bobby Kennedy. 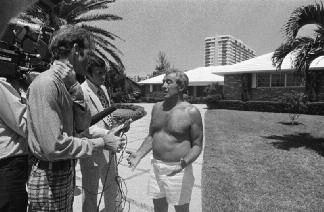 15. Anthony “Tony Pro” Provenzano with news reporters on August 5, 1975, one day after the
Vesuvio meeting. 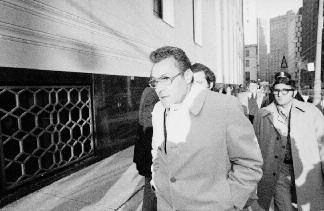 16. Salvatore “Sally Bugs” Briguglio in December 1975 after appearing before the grand jury
investigating the Hoffa disappearance. 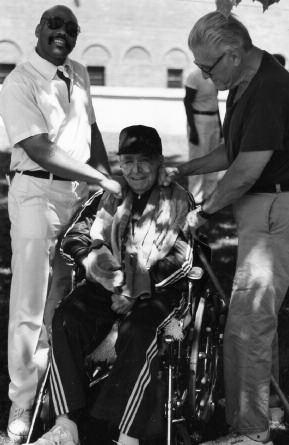 17. Russell Bufalino (in wheelchair) getting a friendly knockout punch from
Sheeran, circa 1986. 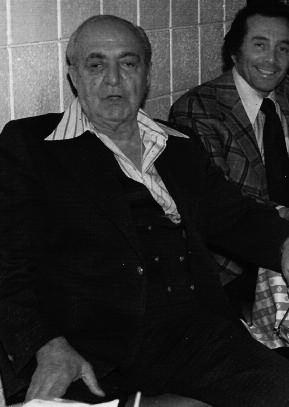 18. Al Martino, who appeared as the singer Johnny Fontane in all three Godfather
films, with Russell Bufalino. Fontane’s character was patterned after Martino’s
life, not — as many believe — Frank Sinatra’s. Director Francis Ford Coppola,
who wanted an experienced actor, at first rejected Martino for the role. Martino
called his benefactor Bufalino, and a day or so later, was offered the part 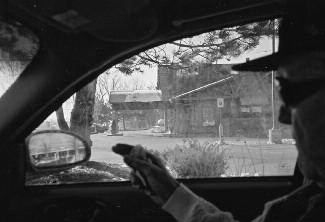 19. Sheeran pointing to the building of the former Machus Red Fox restaurant entrance. In
the side mirror is the hardware store whose outside pay phone Hoffa used to call his wife. 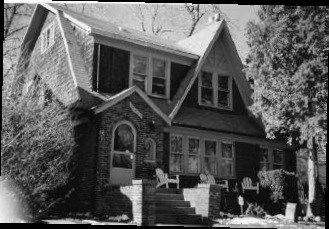 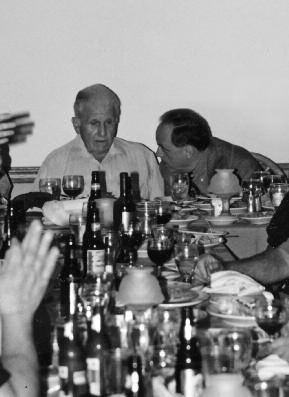 21. This image of author Charles Brandt with Frank Sheeran at a celebratory dinner
captures the very moment that Sheeran confessed to Brandt he had killed “the
fresh kid” “Crazy Joey” Gallo. 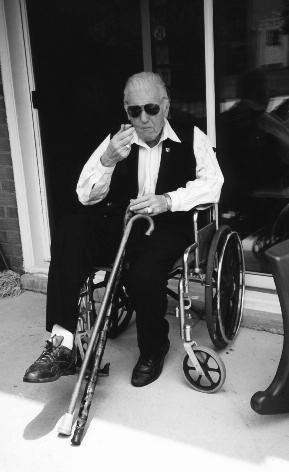 22. “The Irishman” on his patio in October 2001, a few months before entering a
nursing home 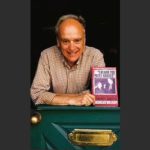 Born and raised in New York City, Charles Brandt is the grandson of Italian immigrants who could not read or write any language, but were his lifelong inspiration; and the son of parents whose schooling stopped at the 8th grade due to family finances.

Brandt graduated from Stuyvesant High School in 1959. On graduation from the University of Delaware in 1963, he became a junior high English teacher in Queens, then a Welfare investigator in East Harlem. On graduation from Brooklyn Law School in 1969, he became a prosecutor in Delaware at a time of lawlessness and new court rules restricting police work, when prosecutors were assigned to investigate homicides before an arrest was made. Adept at interrogation, he was promoted to Chief Deputy Attorney General, his state’s second highest law enforcement officer.

Brandt wrote The Right to Remain Silent (1988), a detective novel based on major cases he solved, and it was praised by President Ronald Reagan. On leaving the office in 1976, Brandt had four men on death row. He then defended major homicide cases, such as the President of the Pagan motorcycle club accused of killing two witnesses in New Jersey.

Brandt then transitioned to plaintiffs’ medical malpractice. The Philly mob retained him to secure the early release from jail on medical grounds of Frank “The Irishman” Sheeran, the prime suspect in the Hoffa case. They became friends, and Brandt traveled in Mafia circles with Sheeran for close to 5 years.  He used his interrogation skills and Sheeran’s remorse to solve the major homicides of Hoffa, Crazy Joey Gallo and President Kennedy for the true crime I HEARD YOU PAINT HOUSES. Martin Scorsese is directing a film version adapted by Oscar winning screenwriter Steve Zaillian and starring Robert De Niro and Al Pacino.

Brandt and his wife Nancy have 3 children and 4 grandchildren. They live in Delaware and Idaho. He is working on a new Mafia book and is in demand as a public speaker. 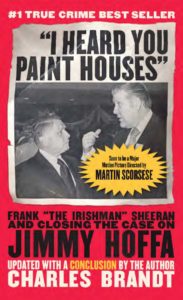