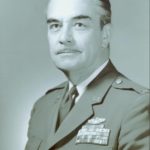 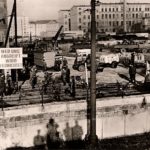 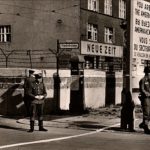 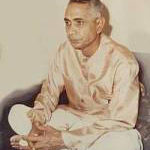 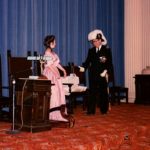 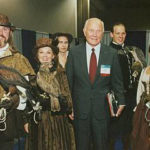 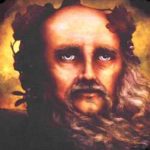 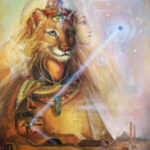 Georgia Lambert has over fifty years of experience in the field of Esoteric Studies, receiving formal training in Eastern and Western disciplines, methods and traditions. She was the first to be licensed by the State of California to teach Meditation and Esoteric Physiology, an experimental course she presented for 3 years at the College of Osteopathic Medicine of the Pacific, and was a key speaker at the 1985 National Cranial Conference sponsored by the American Osteopathic Association. She served for 10 years on the teaching staff of the Philosophical Research Society under Manly Palmer Hall.

In 1989, she became the first woman to address a Scottish Rite Research Group on the higher degrees of Masonry, and has given presentations for various Freemasonic groups over the years. In England, she has given seminars for the Scientific and Medical network at St. Katherine’s College in Oxford, and for the Wrekin Trust at Regents Park College, London. Her publishing credits include articles in the British Holistic Health Journal, Caduceus.

In the past, she has served on the board of directors of United Health Resource, has been on the staff at the Institute for Health Facilitation for 3 years, taught for 2 years for the Institute for Advancement of Human Potential. Her lecture credits include Children’s Hospital of Orange County, California State University of Fullerton, Orange Coast College, and Orange County Correctional Facility at Chino, The William Parker Holistic Health Center, The University of the Seven Rays, The Edgar Cayce Foundation (A.R.E.), the Theosophical Society, and the Arcana Workshop. In 1995, 1996, and 1997 she gave presentations to the Pacific Southwest Regional Conclaves of the Rosicrucian Order A.M.O.R.C., both in the USA and in Canada.

In 2001, she was invited to participate in a “Think Tank” under the umbrella of an Aerospace Corporation on the subject of Science and Education, and her artwork was featured at the Education Summit for the American Institute of Aeronautics and Astronautics. Specializing in the synthesis of the Western Mystery Tradition, she has addressed private groups in both the United States and in Britain. She is currently teaching in depth classes tostudents around the world via an on­line, audio­ visual medium, and has taught consistently for the last 40 years Her classes cover a wide range of esoteric traditions and meditation technique, including the Ageless Wisdom, The Kabala, Masonry, and the Arthurian Quest for the Grail. In addition to teaching, she is currently working on several books, including a book on internal disciplines and esoteric physiology for physicians, and a completed treatise on the working dynamics of esoteric groups.