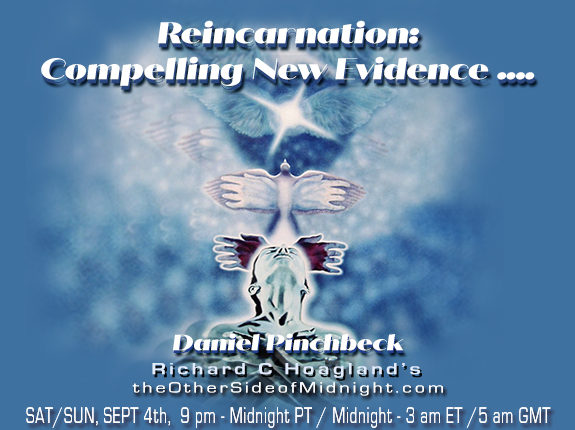 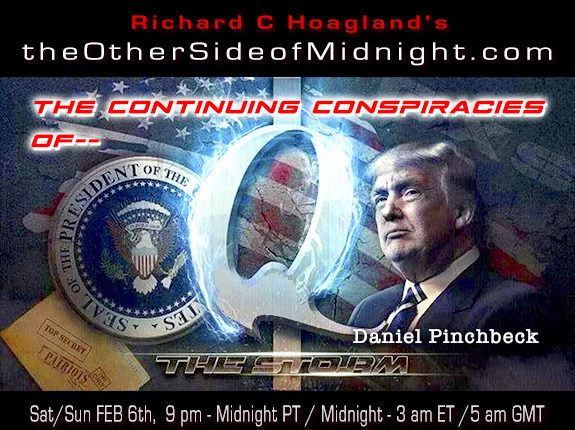 Guest Page Fast links to Items:  Richard – Daniel  Fast links to Bios:   Daniel  Trump Administration Suddenly Announces Return of American Astronauts to the Moon … Before End of President Trump’s Second Term! Find Out “Why” Here: Click on Image for The Presidential Briefing Trailer: https://youtu.be/G7rLvWy8Ih0 SATURDAY,  SAT. 9 pm – Midnight PT / Midnight – 3 am ET SUN. Below are 5 DIFFERENT WAYS to Listen to the Live Show: 1) Use our own player which will open in another window https://www.theothersideofmidnight.com/stream-player/ Note: The player will automatically open in another tab. This is to allow us to add items to the ‘Radio with Pictures’ show page and update the page withOUT interrupting your listening enjoyment and without having to request that you reload the ‘Radio with Pictures’ show page to see the new items. 2) Listen on TalkStreamLive: https://www.talkstreamlive.com/program/richard_c_hoagland 3) And you can listen on the Talk Stream Live App on your […]

Richards Items: 1. ‘Explosive Shock’ As Britain Votes To Leave EU, Cameron Quits 2. Supreme Court Rules Against Texas Abortion Restrictions 3. Texas Lt. Gov: Abortion Ruling Devastating Blow 4. Iceland Forces England Exit to Continue Miracle Run at Euro 2016 5. USS Enterprise Boldly Goes From The Smithsonian’s Basement Into The Main Gallery   Daniel’s Items: 1.                           2.   3. 4.                            www.pinchbeck.io , Daniel’s Books and Projects Daniel Pinchbeck is an American author with a passion for understanding consciousness and how we can expand it to find our truth. He is the author of Breaking Open the Head: A Psychedelic Journey into the Heart of Contemporary Shamanism and 2012: The Return of Quetzalcoatl. He is a co-founder of Evolver, a lifestyle community platform that publishes […]