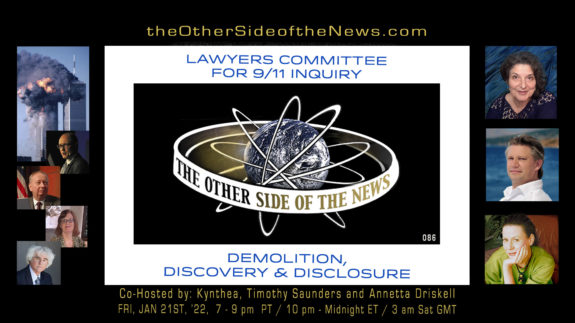 Sep
2021/10/03 – Daniel Sheehan, Barbara Honegger & Georgia Lambert – From JFK to DJT …. Was the Murder of the President Over 50 Years Ago … Designed to Change the Timeline? 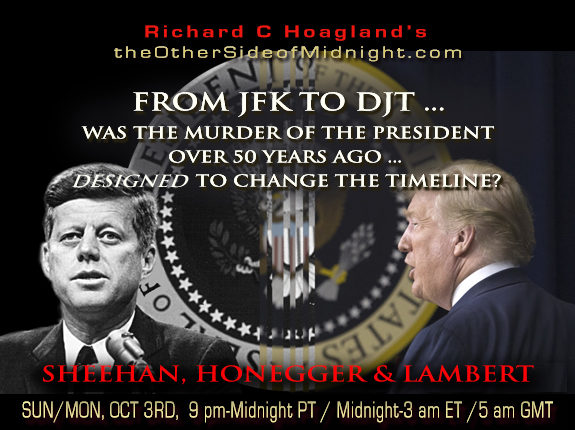 Guest Page Fast links to Items: Richard  – Barbara Fast links to Bios:  Danny – Barbara – Georgia   Support The Other Side of Midnight! Fifty-eight years ago … the world took a radically wrong turn. President John Fitzgerald Kennedy, 35th President of the United States, was publicly assassinated on a sunny afternoon in Dallas, Texas — November 22, 1963 — setting the United States, if not the world, on a decades-long spiraling descent into increasing authoritarianism, an abrupt retrenchment in the previous global march toward increasing human rights and economic freedom … if not a world-wide ressurrgence of outright fascism. Now, Robert Kagan — American neoconservative Brookings’ scholar and long-term critic of U.S. foreign policy — has termed the mounting domestic backlash against democracy — culminating in a literal, physical insurrection riot at the U.S. Capitol, January 6th– “The greatest Constitutional Crisis since the Civil War ….” So, here’s the […] 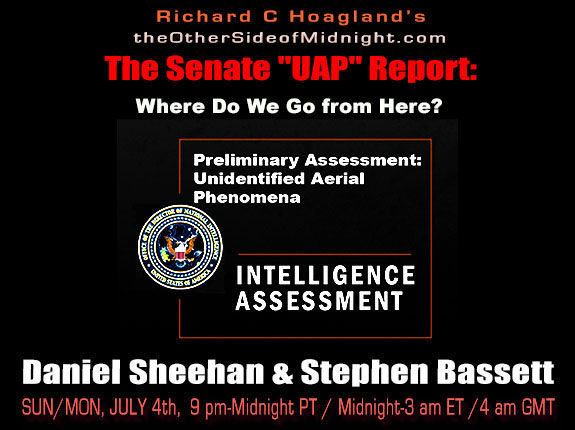 Guest Page Fast links to Items:  Richard Fast links to Bios: Danny – Stephen – Joseph Help Support “The Other Side of Midnight” “This preliminary report is provided by the Office of the Director … to submit an intelligence assessment of the threat posed by unidentified aerial phenomena (UAP) and the progress the Department of Defense Unidentified Aerial Phenomena Task Force (UAPTF) has made in understanding this threat ….” So begins the official 2021 “Senate Intelligence Committee Report on Unidentified Aerial Phenomena” — better known historically as– “UFOs.” Notice, even in the first official paragraph, there are NO qualifiers to this “intelligence assessment”; the “UAP” is described unequivocally as “a threat” — to the well-being, if not the very future, of every citizen of the United States! Not a “possible threat” … not a “potential” threat …. Just … a threat. Thus, the Second Era of official US government involvement in […] 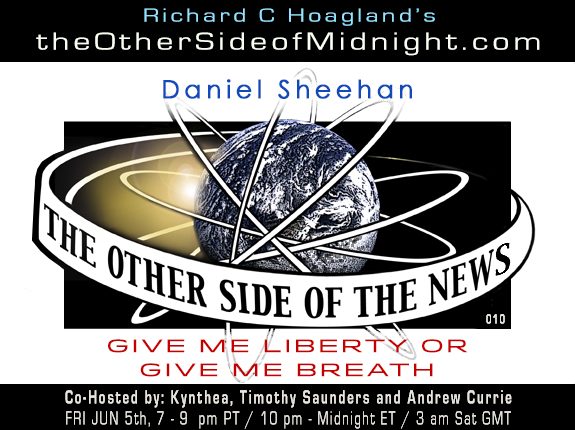 In this episode, together with world-famous attorney, Daniel Sheehan, will discuss our constitutional rights in the context of “The Covid 19 Pandemic”. “We will also look at the larger context of:  “Our American Constitution Under Fire – During The Trump Administration – From Both The Right & The Left…and from Donald Trump & Wm. Barr. We will examine the context and intent of the framers and, how the Constitution is currently being executed. Exploring the idea of how the United States Constitution and it’s political influence the world’s governmental systems.  How is our current world situation affecting our constitutional rights? And why some are being upheld, and others are been completely abused by our leadership, both elected and appointed/ Does the US Constitution wield the power of freedom to the individual against the arbitrary authority of the despot? Finally, we will be examining what we as individuals can do to protect our rights and […]