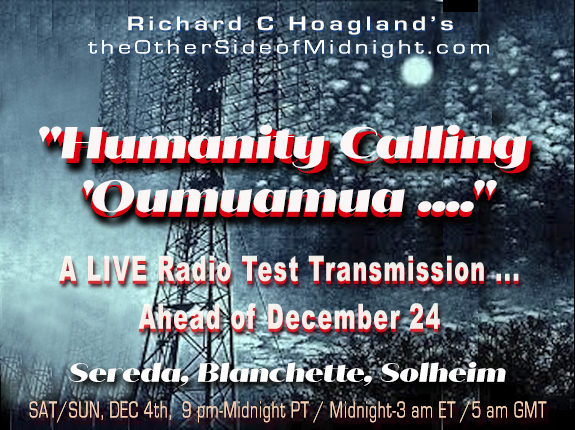 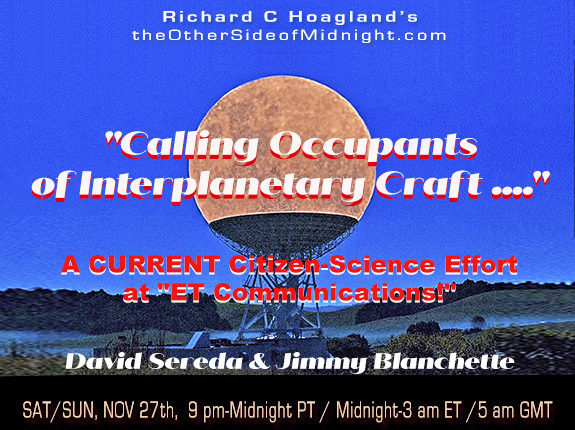 Guest Page Fast links to Items: Richard – David – Jimmy Fast links to Bios: David – Jimmy – Michael – Jon   Support The Other Side of Midnight! “Calling occupants of interplanetary craft ….” Such is the provocative title of a 1970’s Carpenter song (written by Terry Draper and John Woloschuk, of “Klaatu” — NOT the Carpenters!), which hopefully intones– “We are your friends ….” The history of actual interplanetary and interstellar communications is long and storied — from the earliest known radio attempts of Tesla and Marconi, to the celebrated history of “Project Ozma,” to the first physical messages (suggested to Carl Sagan and NASA by Eric Burgess and myself …): The famous “Plaques and Records” — sent by NASA into the interstellar void aboard the Pioneer and Voyager unmanned spacecraft, the first modern artifacts created by Humanity to knowingly escape the solar system …. For well over a hundred […]