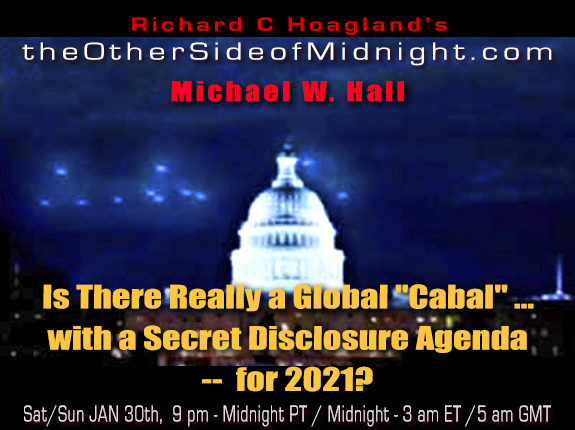 Guest Page Fast links to Items:  Richard – Michael Fast links to Bios: Michael  While 24/7 coverage of a raging global pandemic; a second, unprecedented impeachment of a US president; and the first assault on the Nation’s Capitol in over 200 years, fills our screens– What’s REALLY going on? What if all this “sturm und drang” is just a series of monumental (planned?) distractions … from the REAL, Civilization-changing moment rushing toward us even now– “Official Disclosure of ETs?” In October 2017, then-president Donald Trump — hosting a special White House dinner for the Nation’s top military brass — archly referred to that festive evening as “the calm before the Storm ….” The same US president who, a few months later, would create the first new military service in over 70 years — the US Space Force … a Force whose service members are to be known officially as “Guardians.” Guardians … […]