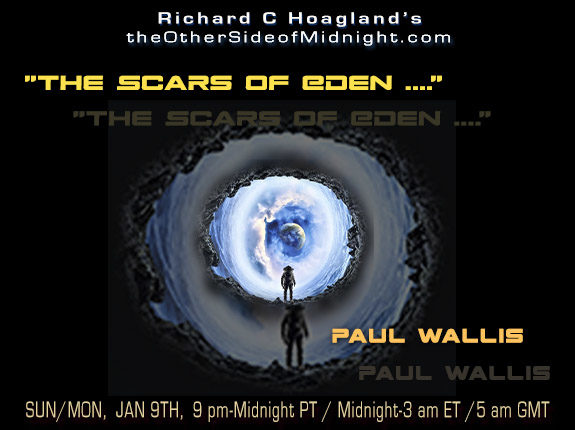 Guest Page Fast links to Items: Richard  – Paul Fast links to Bios: Paul   Support The Other Side of Midnight! Our guest tonight — mythologist, church Archdeacon, and international best-selling author Paul Wallis — was chosen for one SPECIFIC reason– To explore the meaning and implications BEHIND our current, paradigm-shattering, on-going Enterprise Mission “Open Hailing Frequencies” radio experiment, vis a vis the solar system’s first “Interstellar Visitor,” ‘Oumuamua, acknowledged as such by mainstream science in 2017 during its sudden appearance sweeping through the solar system; further, what could be the meaning behind our extraordinary radio responses we’ve received, in 2021, indicating clearly, that we’re “talking to somone” who has not only a deep knowledge of Earth’s Ancient Hidden History … but the Ancient History of Humanity itself?! Given his significant research into precisely this same ancient human history, the one overwhelming question we will be discussing with Paul Wallis is […]