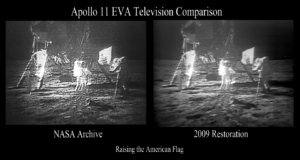 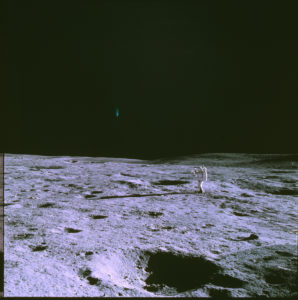 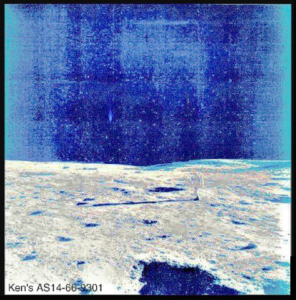 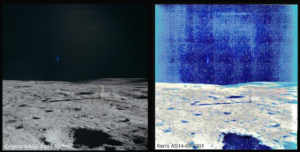 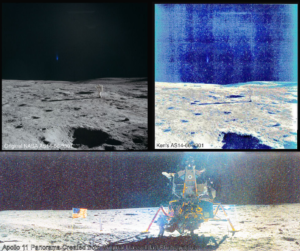 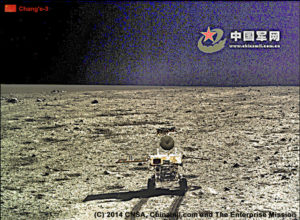 Transcript of Trump Signing an Executive Order on the National Space Council
https://www.whitehouse.gov/the-press-office/2017/06/30/remarks-president-signing-executive-order-national-space-council

See on YouTube: Mike Pence Speaks at Kennedy Space Center in Cape Canaveral, Florida
at 5:20 “And here from the Bridge to Space our nation will return to the moon and we will put American boots on the Face of Mars….”
https://youtu.be/0ILYcxIupjU 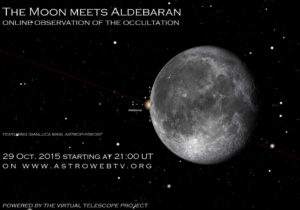 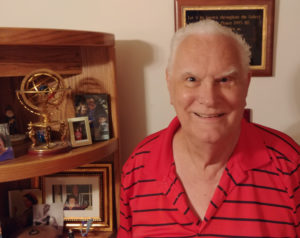 Harold Povenmire was Born in Columbus, Ohio in 1939, and spent many of his early years as an amateur astronomer. In 1948, he began serious meteor observation and has observed the Perseids for 66 consecutive years. During this time he has photographed over 2000 meteors and discovered the Upsilon Pegasid Meteor Shower.

The study of the Moon has dominated Povenmire’s life so the study of astronautics and space technology h as been of prime importance. He worked on the Baker-Nunn Satellite Tracking Cameras for Project Moonwatch and Project Mercury while getting his B.S. at Ohio State. After receiving his Master Degree from Ohio University he worked on Project Apollo. Some of his engineering work is sitting on the Sea of Tranquillity on the Moon from the Apollo 11 Mission. He later worked on the Space Shuttle.

Currently Povenmire is pursuing Doctoral level work in the fields of Astronomy, Space Science and Space Technology at the Florida Institute of Technology and working with the press corps at the Kennedy Space Center.

Asteroids (12753) Povenmire and (15146) HalPov honor Hal and Katie Povenmire for their contributions to planetary astronomy.

Hal attended 13 different Universities, but one in particular shaped his life’s work. At Ohio State University in Columbus, while he was studying to be an aerospace engineer, he formed a lasting relationship with J. Allyn Hynek, Head of Project Blue Book and Professor of Astronomy. For 32 years, Hal assisted Hynek without pay in uncovering the truth of over 4000 Abduction MUFON case studies. Hal would travel to meet so-called Abductees and spend sometimes up to a week with them to uncover their veracity. Four of those years were concentrated and intense and are the basis of his book, “A Scientific Analysis of the UFO and Alien Abduction Phenomena.”

The first real event Hal investigated was when he visited Charles Hickson Pascagula, Mississippi. At that time, the Hickson story was hot and Hal wanted to find out more. Charles was the first abductee that Hal interviewed and Hal found him to be an intelligent but simple man. Astonishing was the fact that many of the family members had also had experiences and after spending time with them, Hal was convinced that Charles and his family were telling the truth, that it was indeed a genuine event. A year later he interviewed Calvin Parker that was also abducted at the same time.  As time went on he started visiting other abductees, some he found not to be convincing. He sharpened his skills of listening and became astute in sorting out the truth tellers from the story tellers.

Out of approximately 4000 case studies, only around 65 met Hal’s standards for veracity. He later sought out many of them for deeper interviews to learn of their experiences. Though  some were scary, none reported that they had been harmed.  He came to understand the difference between a visitations and abductions, which were usually more traumatic.

In all cases where there was a genuine abduction, Hal found that it was a life changing event of the entire family.  He also noticed that all of the people abducted had a basic religious background and a good character. This experience led him to become fast friends with them and they stayed in contact for many years during which time they never changed their stories.

During this time Hal became close friends with Travis Walton, a well known case. Hal found him to be very truthful.

Once, in Lutz, Florida, an abduction report by 17 year old high school student was regarded by most people as genuine. But Hal’s instincts were sharp and made him suspicious of it. He made several trips to interview him and finally the youth broke down and confessed it was hoax.

Currently, Hal’s focus is on going back to the people he has interviewed to confirm the accuracy of those testimonies. 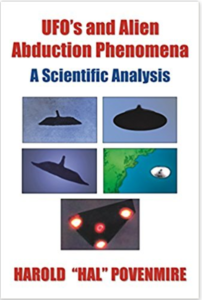 Obtain Your copy of “UFO’s and Alien Abduction Phenomen: A Scientific Analysis” a in Paperback or Kindle!

Joseph G. Buchman earned his PhD in Media from Indiana University, was a tenured professor of marketing  He is the current Chair of the Libertarian Party of Utah, the past chair of the national Libertarian Platform Committee, and served as the moderator of the Citizen Hearing (and was the “7th” member of that committee to ask questions of witnesses when he replaced Darlene Hooley. He is a full member of SSE and has presented there, presented at the SETI CONTACT: Cultures of the Imagination conference, the American Psychological Association, X-Conferences, the National Association of Broadcasters, was MC of the Sonoma CA International UFO Film Fest and a volunteer (13 years) at Sundance Film Festival.  He also served as MC for Roswell fest panels in 2015 and 2016 (Dolan and Schmidt have included acknowledgements to him in their books). Sundance Film Fest did a video about his meeting Buzz Aldrin
Website: http://gotol.vote  and  http://www.iliveaccountable.com