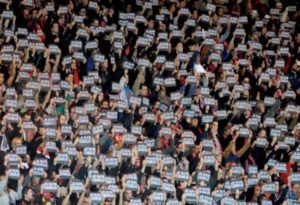 2. Video: People dressed up as “terrorists” pretend to shoot a police officer with an AK-47. They purposely aim to miss the officer. A cotton or paper blank round kicks up a little dust a meter from the officer’s head. Yet the French government and world media insist that this is a real shooting.

3. I was passing through Paris and flew home to Wisconsin on the afternoon of Friday, November 13th, just before the second huge 2015 French false flag.  I published this book on January 7th 2016, less than two months later. 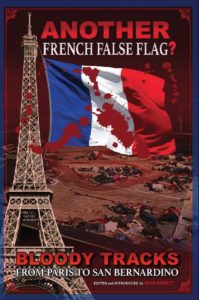 4. Omar Mateen’s father Seddique Mateen is CIA – just like the Tsarnaev brothers’ (Boston bombing patsies) Uncle Ruslan. Here he is at the White House. So Mateen’s family is a CIA asset; he was “investigated for a year” (which means “recruited”) by the FBI; and he worked for the notorious mercenary firm G4S. He was a classic pawn of the Deep State, like Lee Harvey Oswald, the alleged 9/11 hijackers, the Kouachi brothers, and indeed virtually all high profile “terrorists.” 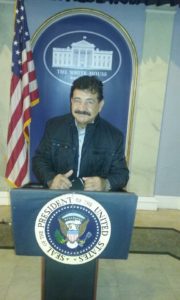 5. A good patsy is a dead patsy. In most false flags, the alleged perps conveniently die. (One would think real terrorists would be captured alive and interrogated if at all possible, but in false flags the police set out to execute and silence the patsy.) This photo shows police executing the handcuffed “terrorist” Amedy Coulibaly after the Charlie Hebdo attacks. According to the official story, Coulibaly died with guns blazing! 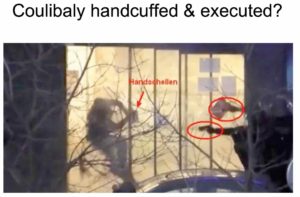 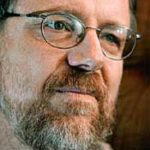 Dr. Kevin Barrett, a Ph.D. Arabist-Islamologist, holds advanced degrees in English Literature, French Literature, and African Literature, and is the author of three books including Questioning the War on Terror: A Primer for Obama Voters (2009) which deconstructs the “war on terror” through Socratic questioning. Dr. Barrett was also the lead editor, along with John Cobb andSandra Lubarsky, of 9/11 and American Empire v.2: Christians, Jews and Muslims Speak Out. He has taught the French and Arabic languages, African literature, English, humanities, religious studies, and folklore at colleges and universities in the U.S. and abroad.

Dr. Barrett has been a Muslim since 1993. He serves on the board of the nonprofit religious corporation Khidria, Inc. which sponsors a mosque in Madison, Wisconsin and is dedicated to “spreading the truth to build a sustainable future.” He has both a scholarly and personal interest in Islamic spirituality, and wrote a Ph.D. dissertation comparing medieval North African saints’ legends to contemporary personal experience narratives from the Fes and Oujda regions of Morocco. He is a co-founder of the Muslim-Jewish-Christian Alliance for 9/11 Truth and Muslims for 9/11 Truth, and has lectured widely throughout the U.S. as well as in Canada and Morocco.

Blacklisted from teaching in the University of Wisconsin system since 2006, Dr. Barrett has recently worked as a talk radio host, author, public speaker, and congressional candidate (Wisconsin’s 3rd District, 2008). One of the best-known critics of the War on Terror, Dr. Barrett has appeared on Fox, CNN, PBS, ABC-TV, and Unavision, and has been the subject of op-eds and feature stories in the New York Times, Chicago Tribune, Christian Science Monitor, and other publications. Dr. Barrett hosts two talk radio shows, one on a liberal and the other on a conservative network, and runs the website TruthJihad.com. He lives in McFarland, Wisconsin with his wife, two children, and a dog named after Salman Rushdie.