1. Eben’s birth sister Betsy, who was his guide in the afterlife, on the butterfly wing. 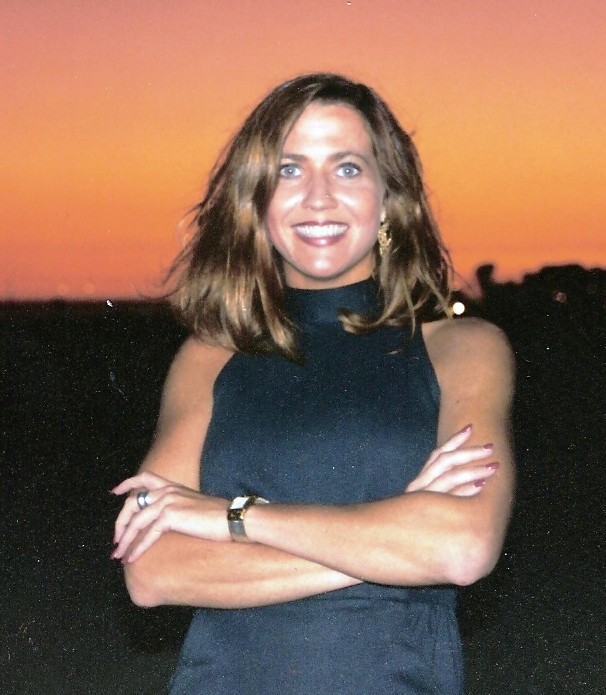 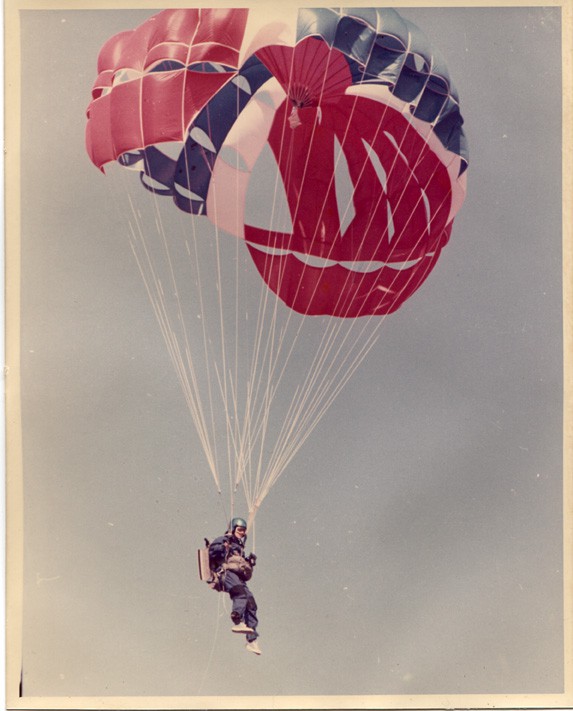 3. Eben and his older son, Eben IV, in 2007 (a year before the NDE). Eben III was in scrubs for a surgery with his son observing.

4. Eben and Raymond Moody – Dr. Moody coined the term “near-death experience” in the 70s in his groundbreaking book, Life After Life. 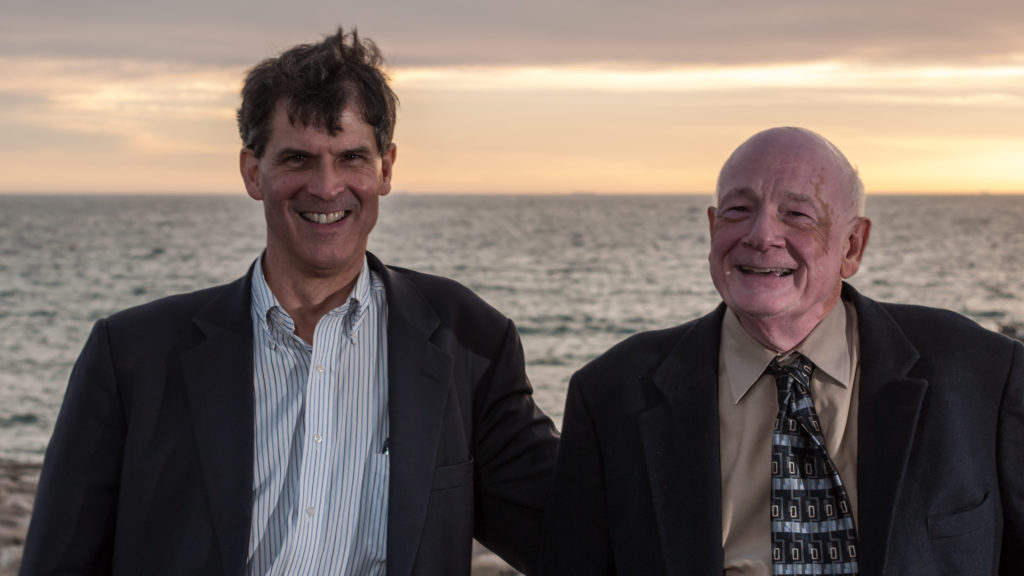 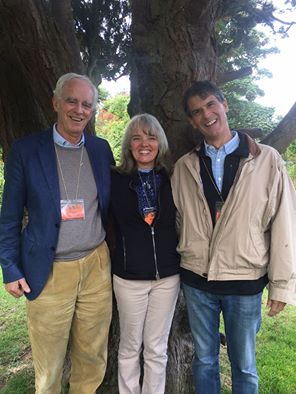 6. This is a sound meditation Eben and Karen led last year at Findhorn in Scotland. Many of these meditations are with crowds of people in a theater seating, but there are some more intimate like this one where people can spread out on the floor with their yoga mats. 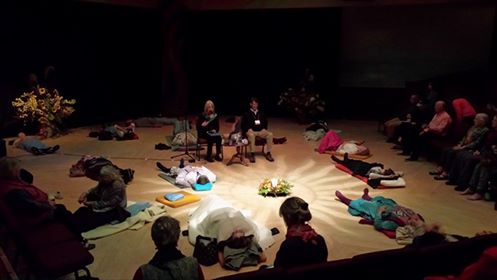 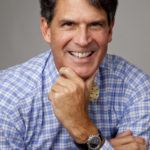 EBEN ALEXANDER III, MD
**
Dr. Eben Alexander spent over 25 years as an academic neurosurgeon, including 15 years at the Brigham & Women’s Hospital, the Children’s Hospital and Harvard Medical School in Boston.  Over those years he has personally dealt with hundreds of patients suffering from severe alterations in their level of consciousness. Many of those patients were rendered comatose by trauma, brain tumors, ruptured aneurysms, infections, or stroke. In his academic career he has authored or coauthored over 150 chapters and papers in peer reviewed journals, and made over 200 presentations at conferences and medical centers around the world. He thought he had a very good idea of how the brain generates consciousness, mind and spirit.
**
In the predawn hours of November 10, 2008, Eben was driven into coma by a rare and mysterious bacterial meningitis-encephalitis of unknown cause. He spent a week in coma on a ventilator, his prospects for survival diminishing rapidly. On the seventh day, to the surprise of everyone, he started to awaken. Memories of his life had been completely deleted inside of the coma, yet he awoke with memories of a fantastic odyssey deep into another realm – more real than this earthly one! His older son advised him to write down everything he could remember about his journey, before he read anything about near-death experiences, physics or cosmology. Six weeks later, he completed his initial recording of his remarkable journey, totaling over 20,000 words in length. Then he started reading, and was astonished by the insights his journey brought to the world’s literature on near-death experiences, and to all phenomena of extended consciousness. His experience clearly revealed that we are conscious in spite of our brain – that, in fact, consciousness is at the root of all existence.
**
Eben’s story offers a crucial key to the understanding of reality and human consciousness. It will have a major effect on how we view spirituality, soul and the non-material realm. In analyzing his experience, including the scientific possibilities and grand implications, he envisions a more complete reconciliation of modern science and spirituality as a natural product. He has been blessed with a complete recovery and shares his most powerful, life-changing story in his book, Proof of Heaven: A Neurosurgeon’s Journey into the Afterlife, which debuted at #1 on the New York Times Bestseller list and has remained in the top ten for over a year. His second book, The Map of Heaven: How Science, Religion and Ordinary People are Proving the Afterlife, explores humankind’s spiritual history and the progression of modern science from its birth in the seventeenth century, showing how we forgot, and are now at last remembering, who we really are and what our destiny truly is.
**
Dr. Alexander has dedicated himself to sharing this information, promoting further research on the unifying elements of science and spirituality, and encouraging people to be inspired by the power of unconditional love in their daily lives and in their work in their communities.
For more information:  www.ebenalexander.com , www.sacredacoustics.com
Books
http://www.ebenalexander.com/bookpages/